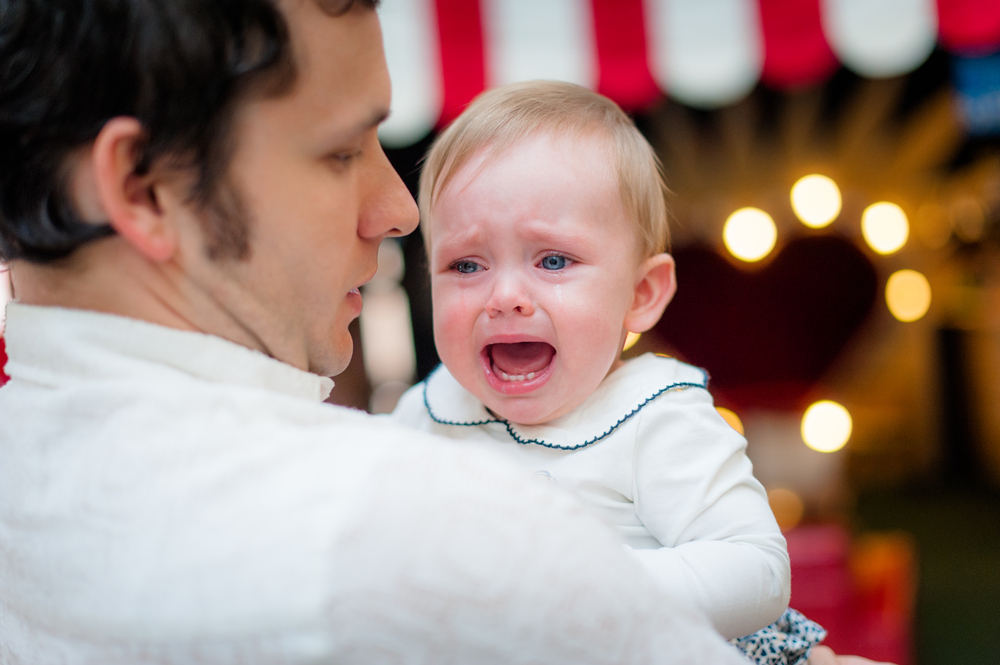 A WATERFORD man who tried to create an adorable surprise for his 3-year-old daughter in a bid to create a cute viral video has been rushed to hospital with stab wounds, after the little girl reacted extremely unfavourably to seeing her dad clean-shaven for the first time.

The usually-bearded Declan Hanley, 36, set up a camera to first catch him playing with his daughter Penny, and then to catch her reaction when he re-emerges from the bathroom and the 3-year-old see’s him for the first time with a clean-shaven face.

Hanley had hoped to make a unique and original video for his social media channels by copying the hundreds of similar videos available online, but it ended in tragedy when Penny’s survival instincts kicked in and she grabbed a kitchen knife, before stabbing her dad in the pancreas.

“When will people realise; viral videos kill,” warned a surgeon at University Hospital Waterford, who specialises in viral video injuries.

“From tide pods to ice buckets, A&E departments are filling up with people who get harmed while trying to go viral. Mr. Hanley is going to make a recovery, but he’s very lucky to have not been killed. Think about it from the kids perspective; he must have looked like a total stranger. Of course the kid stabbed him. In any other circumstances, we’d be giving her a medal”.

Mr. Hanley has of course forgiven his little girl, stating that the incident will be great material for a viral video down the line having seemingly forgotten everything he just learned.