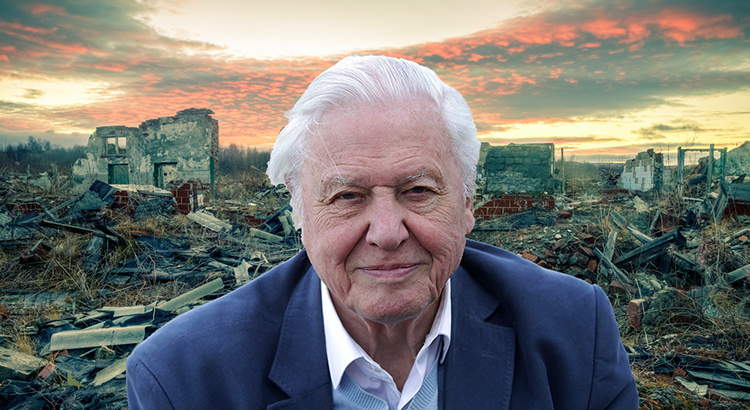 FOLLOWING the delivery of a rousing call to action at the UN climate summit pleading for collective action that could halt climate change, naturalist David Attenborough has signed up to narrate the end of human civilisation.

The unprecedented documentary series ‘End of Human Civilisation’ will be broadcast by all major news outlets across the world and in all newspapers allowing Attenborough to narrate all reports which signal humanity is just years away from a catastrophic point of no return.

Nature documentary nerds have rejoiced at the news that Attenborough will lend his voice to demonstrably clear evidence of the planet’s irreversible slide towards accelerating the demise of a stable climate.

“Awesome! I hope it’s in HD, this is going to be amazing, I fuckin’ love that old dude,” confirmed one fan, who chucks everything in the one bin at home, even if it’s glass or non-recyclable plastic.

Attenborough pleaded with world leaders and other prominent figures in attendance to act now as ‘the collapse of civilisation and the natural world is on the horizon’, with the stirring speech really hitting home with TV producers who like to make money.

“We thought that sounded so cool; temperatures rising, drought, tsunamis, death, lack of food and water. We were like ‘shit, how cool would it be to get David to narrate people running for their lives or the human race just dying out’,” explained Dan Fogerty, producer of the 24/7, 365 days a year documentary which is set to run from now until people finally get the message or just die off.

Once civil society disintegrates and TV companies become a thing of the past, the documentary maker’s voice will be played out on large tannoys out into barren landscapes for the last of us to enjoy in our final days.

In a teaser released today, audiences were treated to footage of a dying planet with Attenborough’s inimitable voice screaming “we’re fucked, we’re so fucked. The time to do something is now you fucking idiots, stop watching this, get off the couch and do something”.