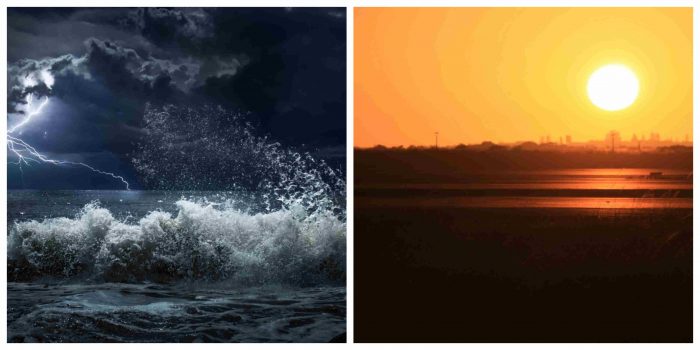 MET ÉIREANN has today communicated to the public that Irish weather will consist of either raging storms or unprecedented heatwaves with no middle ground or respite from the divergent conditions, WWN can confirm.

“Yup, this is pretty much it from now until your grandchildren ask why the fuck you didn’t do anything about climate change,” confirmed one Met Éireann employee, who confirmed if it isn’t more of Storm Diana tomorrow, then it will probably be 29 degrees.

Howling winds, flash flooding, downed trees and power outages have been a feature of the storm so far but Irish weather fans have shared their relaxed outlook on things following the Irish weather service’s latest good news.

“Horrible storms but, but, but…heatwaves as well! Yay! Who said this climate change craic was all bad, huh?” confirmed one local man who’s home near the sea isn’t long for this world.

Buoyed by the disastrous news they are completely missing the point on, the government wondered if this meant they could continue to miss emissions targets and essentially not bother having any environmental policy to speak of.

“More storms. Bad. Heatwaves…good? Maybe we just time a general election for when the sun’s splitting stones and take credit for it,” confirmed one government strategist.

Elsewhere, fans of a mild, grey day hovering around 10, 11 degrees with not much wind, small bit of rain but nothing crazy are said to be devastated.