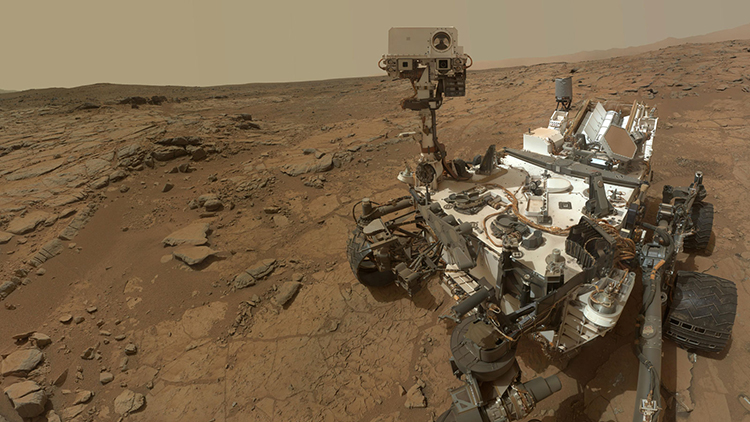 In an early morning series of tweets, the Curiosity Rover lambasted its fellow explorer for its “flowery landing”, stating it would “love to see if it’s still functional in 5 years time”.

“Try driving around the Gale Crater for 7 years, see how great you are then?” the Rover tweeted, presumably drunk on carbon dioxide, “oh wait, you don’t even have any wheels – you big stationary cunt”.

Curiosity was launched from Cape Canaveral on November 26, 2011 before landing on the red planet in August the following year where it immediately got to work investigating the Martian’s climate and its geology.

However, due to a break in contract which saw Curiosity’s mission extended from two years to forever, the lander reportedly slipped down a very difficult road, regularly taking to twitter to curse NASA and its probes while under the influence.

“The funny thing is that new snowflake piece of shit probably thinks its going home at some stage,” Curiosity tweeted again. “I’d just love to be close enough to see its stupid sensors when they extend its mission to whenever the sun burns itself out. We’ll see who’s the big shot is then”.