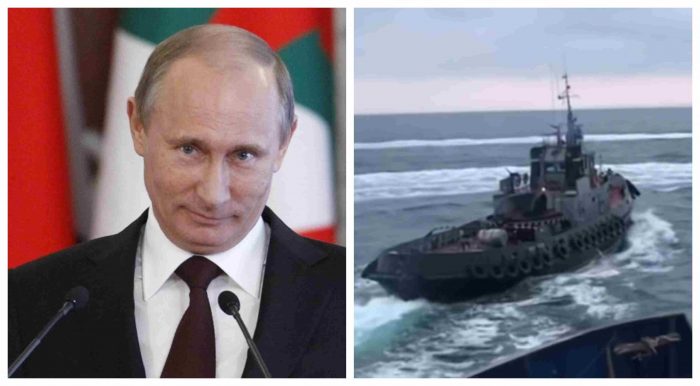 CHALKING it down as an early Christmas present to himself Russian President Vladimir Putin has gifted himself three Ukrainian Navy vessels despite the fact they weren’t his to give away in the first place, WWN can confirm.

“It’s an act of ‘self-care’, you’ve got to look after yourself and be kinder to yourself especially in the run up to Christmas when it’s all go, go, go,” confirmed Putin, who had also bought himself some nipple clamps and tassels in Victoria Secret’s Black Friday sale.

With Russia effectively operating an economic blockade in the Azov Sea via a bridge over the Kerch Strait, tensions have continued to mount as Ukrainian cargo ships are subjected to inspections by Russian officials with Putin’s early Xmas present to himself the latest act of Russian impunity.

Christmas present experts have gone on record to express their concerns.

“Without any viable adults in the picture, Vladimir could really lose the run of himself. I mean who doesn’t like getting themselves nice things but when someone knows no one will give out to him, next thing you know it’s more Christmas presents, ‘half-birthday’ presents, Happy Friday presents and so on,” spoiled brat aficianado Marcus Somersby confirmed to WWN.

Sombersby went to explain that often over zealous ‘self-gifters’ start with something small and wait to see what people’s reaction is before going on to buy the bigger, more outlandish and ostentatious gifts they really, really wanted all along.