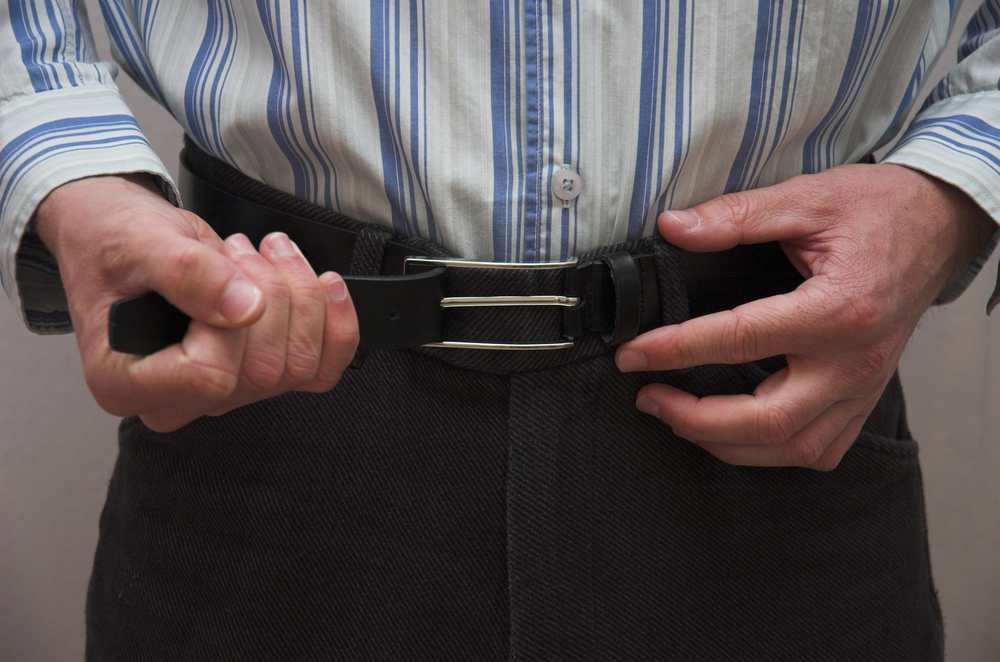 NEW research from a leading trouser contentment think tank has revealed that when it comes to adjusting the heights, tightness and fabric-layer arrangement of any given trousers, pants, vest, t-shirt and jumper combination, Irish men have the entire world beaten by a wide margin.

The study showed that Irish men spend up to 80% of their waking life loosening their trouser belt and top button, sorting everything out and then buttoning up again, in many instances without a care in the world for where they are or who they’re around.

Whether standing on trains, buses, outside mass, in the queue for a carvery dinner, research has shown Irish men will go through at least all of the following motions:

1) Loosen their belt in one motion, immediately putting people in the vicinity on high alert as to whether or not a flashing is about to take place.

2) The adjustment of any or all garments and undergarments housed within the trouser-waistband area, normally while holding conversation with someone, without so much as batting an eyelid.

3) Sealing everything back up, making sure to rise up on tip-toes while pulling up the fly of the trousers, for some reason.

Researchers also strongly hinted that men across the rest of the world don’t partake in the rearrangement of their kacks in public due to accepting that it’s a pretty disrespectful thing to do in polite society, but added that Irish men may get around this shyness by ‘just not giving one single lonesome fuck’.