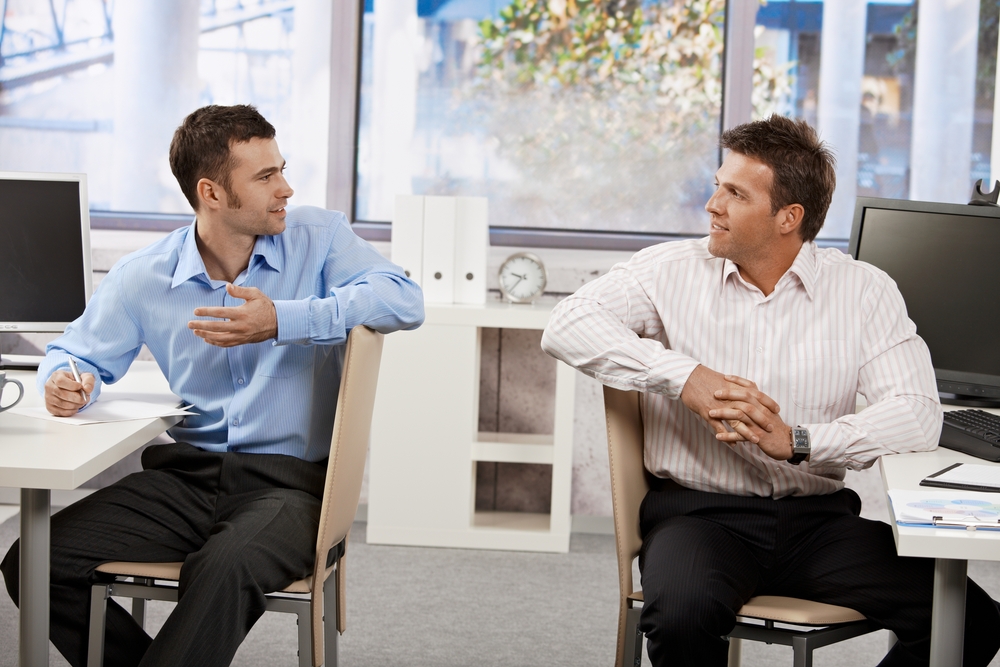 IDLE chit chat, seems harmless enough. Office banter. Who could object? Being a polite person; a small kindness. This may well be true in your first week of employment in a heavenly fantasy no worker actually lives through and thus, the need to cut office small talk down to a clean 60 seconds is incredibly important if you value your sanity.

Some gormless diatribes from ashen-faced coworkers can be lengthy:

“The youngest is after getting braces, God she thinks she looks hideous, but she’s only gorgeous. Takes after me, her mother, haha. Haha haha haha haha haha. Thank God she doesn’t take after himself, Alan’s nose is only massive, shame his penis isn’t the same size as his nose. Do you know I’ve never orgasmed from vaginal intercourse? Would you be the same yourself”

Or they can be brief:

“Bananas aren’t as trustworthy as they first appear”.

Regardless, the desire, need, nay, right to not have to endure the boring, pointless exchanges with people you cross the street to avoid when you see them out of office hours, is very important and WWN Business has unearthed some simple and conventional ways to limit your chats to a cool 60 seconds and under.

Let the fluid cascade from your open mouth, onto files, keyboards, that horrible carpet the office got last year. Don’t stop drooling until you make Sandra from accounts so uncomfortable you just walks away instead of telling you her cat is “very, very intelligent, like, I’m not joking, more intelligent than some humans. I looked it up and everything. The Egyptians had it right, worshiping them. I reckon if Bubba was a human he’d have big broad shoulders and lovely arms, you know the type you’d want to be carried to bed in”.

Emit a low ‘humming’ sound throughout the length of the conversation

Just don’t make it sound ‘sexual’ at all, HR has enough on its plate as it is, but a low humming sound that is just loud enough to be heard, disturbing Glen’s flow while in the middle of telling you why Manchester United are going backwards under Mourinho. Increase the volume of humming until he walks away.

Tattoo ‘don’t fucking talk to me unless work related, I’m only here until the mortgage is paid off’ on your forehead

And if this clear direction is ignored, we’re pretty sure the judge will side with you if you end up in court for murdering Steve from sales.