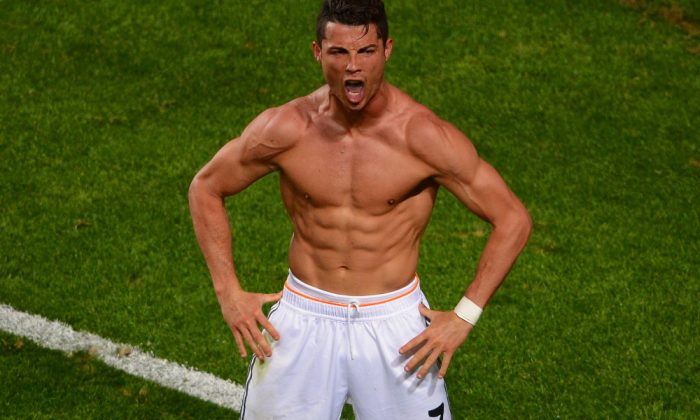 ITALIAN football giants Juventus have pulled off what is like the transfer of the decade by nabbing now former Real Madrid ace, Cristiano Ronaldo on a four year deal.

However, it comes with a big price on top of the reported €100 million transfer fee and £500,000 a week contract as the Turin club had to make several concessions to Ronaldo which involved an overhaul of their dressing rooms, training ground and stadium with 300 ceiling to floor mirrors being installed as we speak.

“Don’t make any smudges on the glass, Cristiano has to be able to perfectly make out all of his 44 pack,” urged Juventus manager Max Allegri as workers busied themselves putting in the mirrors in the renamed Cristiano Ronaldo Dressing Room Of Excellence which no longer had room for any of his new teammates who will now shower and get changed together in a portaloo.

Pitchside all TVs screen in the Juventus Stadium which showcase the action to fans will be increased in size tenfold as to ensure Ronaldo can effectively catch sight of himself as he lines up a free kick or penalty.

“The addition of the mirrors will allow our new signing the ability to gaze lovingly at himself in a way the previous dressing room simply couldn’t. We couldn’t be happier,” Allegri concluded as he hooked up a TV that played nothing but Ronaldo’s best goals on it 24/7.

Elsewhere, the shocking transfer which came out of nowhere in the last 24 hours was predicted by your mate Dan ‘ages ago’ according to Dan.