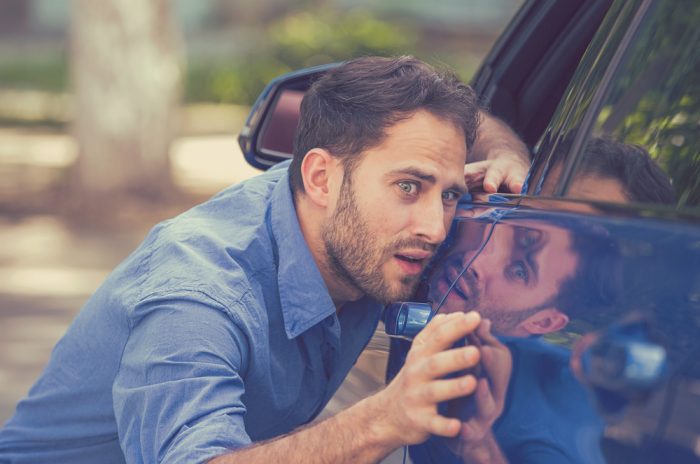 WITH a heavy heart and a tear forming in the corner of his eye, local man Dean Grange handed over the keys of his 2007 Peaugout 206 to a gruff, uncaring NCT test mechanic, who disappeared off to the carpark, leaving Grange to sit in the cold sterility of the test centre waiting room.

“Go handy with her”, Dean whispered, his words falling on the deaf ears of the test mechanic, who was already stuffing the orange earmuffs into his ears as he left.

In the following moments, Grange watched with a lump in his throat as his car wheeled into the test area, and waited in line for a machine designed to pump the wheels up and down to check the suspension.

“The driver-side front is a bit iffy”, whispered Grange to another man who was standing beside him at the glass, watching his own Citroen Berlingo van getting checked for emissions at the far side.

The sky-blue Peugeot rolled on to the next test station, where the mechanic conducted a headlight test while Grange, not a religious man, said a silent prayer.

“Dear Lord… I know I haven’t talked to you lately, but if you could spare me a re-test”.

Grange was cut short as the test procedure rolled on, his darling little car rolling through the various test stations as a number of uncaring mechanics poked and prodded and manhandled the poor thing.

Momentarily, a voice called from a hatch nearby.

“Blue Peaugout?, it asked, and Dean held his breath while steeling himself for the worst possible news.