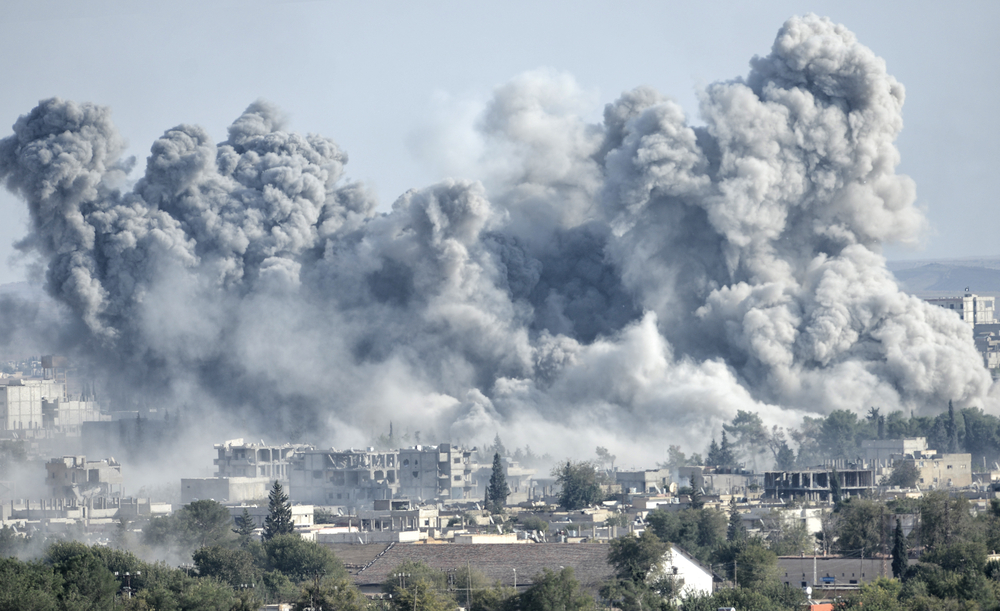 SOME of the world’s leading organisations, including NATO and the UN, have today agreed to proxy all future wars through the middle eastern state of Syria, paving the way for countries to finalise their disagreements with minimal collateral damage in their own territories.

The new ruling will allow warring nations to set up 20 military bases each across the Syrian state, with the winning side being decided on how many bases they have left.

“It solves a lot of issues,” a NATO spokesperson explained.

“Having multiple war locations across the planet is a logistical nightmare, so containing them all in one allocated country will save billions of dollars in fuel and travel while also avoiding attacks on home soil”.

In its first test run yesterday evening, Israel began proceedings with multiple airstrike’s on Iranian bases in Syria, much to the delight of everyone in the world.

“At least no Israeli or Iranian civilians will be killed in this war and I think it’s a fantastic idea going forward,” one UN adviser said. “It’s great to finally have a place to just war in. Why someone didn’t think of this before is beyond me”.

Following the success of yesterday’s proxy battle, several more nations have already shown interest in the new battleground, with Russia and the US pegged to give it a go sometime soon, along with France, the UK and even the good old Saudi Arabia expected to join in the fun.

However, strict rules have been laid out by the orchestrators of the world’s new state of war: