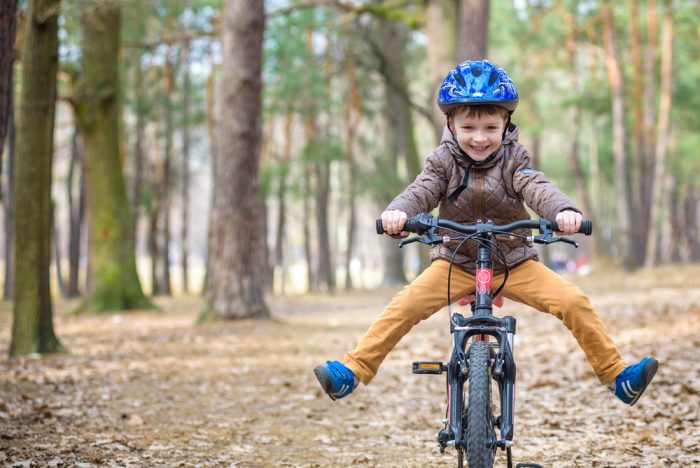 THIS just in. Cathal Dernan around the corner just got a brand new bike, and it’s not his birthday or anywhere near Christmas and his mam and dad aren’t breaking up or anything like that, they just went out and got him a brand new bike out of nowhere, you should see it, he was out on the green there earlier going over a jump at about ninety miles an hour and he didn’t even hurt himself because his new bike has shocks at the front and at the back, he was just landing without banging his bum off the saddle, you should see this bike it has LED lights at the front and at the back and he even got a new helmet that matches the colour of the bike and it had red LEDs on the back of it too, so he can go to school, to football, go wherever he wants and he can even go on the road because he has loads of lights and his parents told him he can go on the road during the day, he doesn’t just have to stick to going around the estate if he doesn’t want to, he can go to the shops on his bike and it would probably only take him ten minutes because his new bike has 20 gears and you change gear by just flicking the brake handle over and back and Cathal said that they’re the type of gears that make sure the chain never comes off the bike so he’ll never have to put the chain back on and get grease on his hands and that way his mam will never have to give out to him for getting grease on his clothes or the door handles and you should see this bike, it’s class so it is, class, oh man, it’s so much better than our bike, and it wasn’t even all that dear or anything.