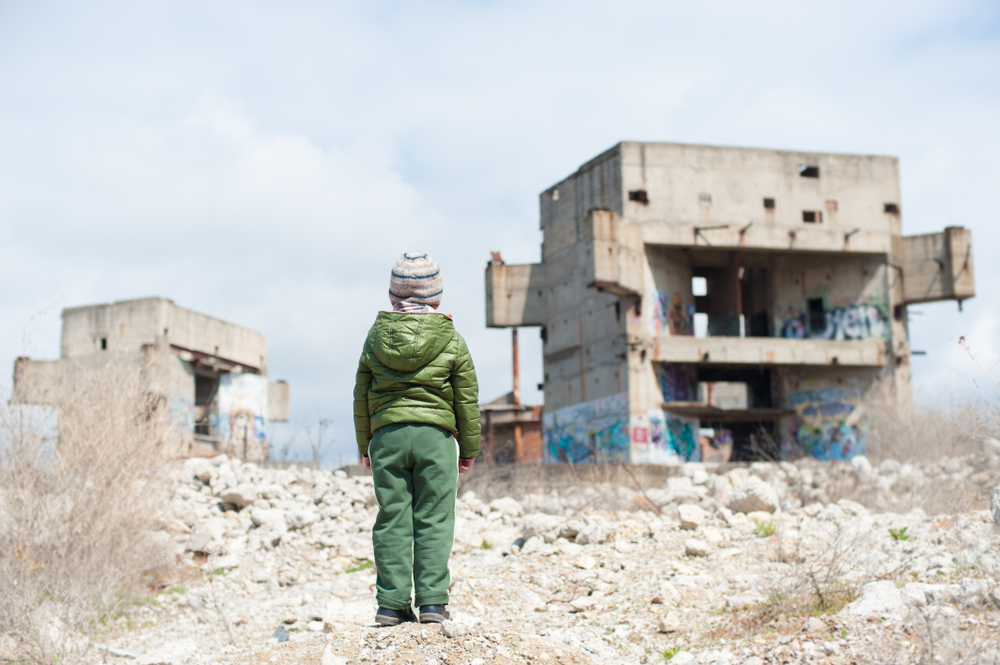 A NUMBER of Syrian children trapped in various parts of the war ravaged country are today reacquainting themselves with their only current hobby and pastime; trying to guess if the helpful bombs sent to liberate them and steer Syria toward peace are being sent by Bashar Al-Assad, Turkey, Russia, Israel, American or any number of other countries and factions.

WWN has learned of a group of children, who in lieu of having any access to education, safety or the internet in the last 8 years, have been left to gaze up towards the sky in a bid to see which well-meaning force is trying to save them by reducing the last few buildings in the area to rubble.

A freshly deployed bomb, burying itself into the ground with a thunderous flash of destruction no more than 1 kilometre from the children, didn’t appear at first glance to carry the flag of the recently departed America, or the still active Russia, Iran, Turkey and Israel, leaving the children none the wiser as to who was bringing all this peace.

“Soon enough I’ll be able to take up arms myself, but only with the side that is inherently pure and peaceful, seeks to liberate us from this hell on earth and whose actions and motives stand up to scrutiny. It would be nice if the good guys just let me know who they were,” shared one 13-year-old Syrian child who was just 4 when the war started and hasn’t really got the time to familiarise himself with many nuances of leading political ideologies which are debated online, daily.

Unable to gain access to the latest tweets and news reports detailing the cowardly, callous and hollow words from world leaders, the children curiously wondered who it was they had to thank for the latest efforts to draw the conflict to a close.

“We just want to know who we have to thank for retaliating to the chemical attack which was a retaliation to gun fire from a rooftop which was retaliation to the slaughter of some civilians which was a response to an air raid from someone else. Who’s retaliating to who though, all in the name of helping us, we’re not sure,” explained a child, sheltering himself under an overturned cupboard in a former hospital recently bombed by anonymous fighter jets.