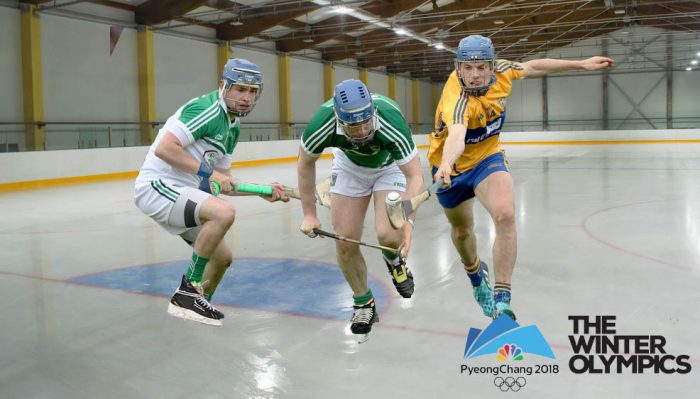 THERE were wild celebrations in Ireland’s cities this morning, after its ice-hurling team won an unprecedented gold for the 10th Winter Olympics running, this time in South Korea.

Ice-hurling remains the only event in the much storied games that is contested by one nation and one nation alone, however, Ireland’s ice-hurling coach Brian Cody praised his team for their heroic efforts.

“The lads did marvelous. They’ve made the whole country proud. And yes, we may only have stayed upright on our skates for a total of 52 seconds, but that was enough to win gold,” a beaming Cody told WWN beneath the foothills of the snow capped PyeongChang mountains.

The event, introduced by Olympic officials 40 years ago after they realised Ireland stood next to know chance of winning anything in more conventional winter events, has proved ever popular with just Ireland and marks an unheralded 10th gold.

“People talking trash about about ice-hurling say ‘why don’t you play ice hockey’ but fuck sake, like have you seen those lads when they get going? Fecking terrifying. Ah, we’ll stick to what we know, thanks,” confirmed one Irish spectator, who struggled to make out the sliotar against the white surface of the ice.

“Yeah, actually they didn’t think this event through really, did they?” added the supporter, as he watched the Irish team swing with their hurls before spinning out of control and crashing down onto the ice.

Despite the -10 temperatures, the gutsy hurlers defied the conditions to wearing just a jersey and disturbingly short shorts, as is the custom in GAA.