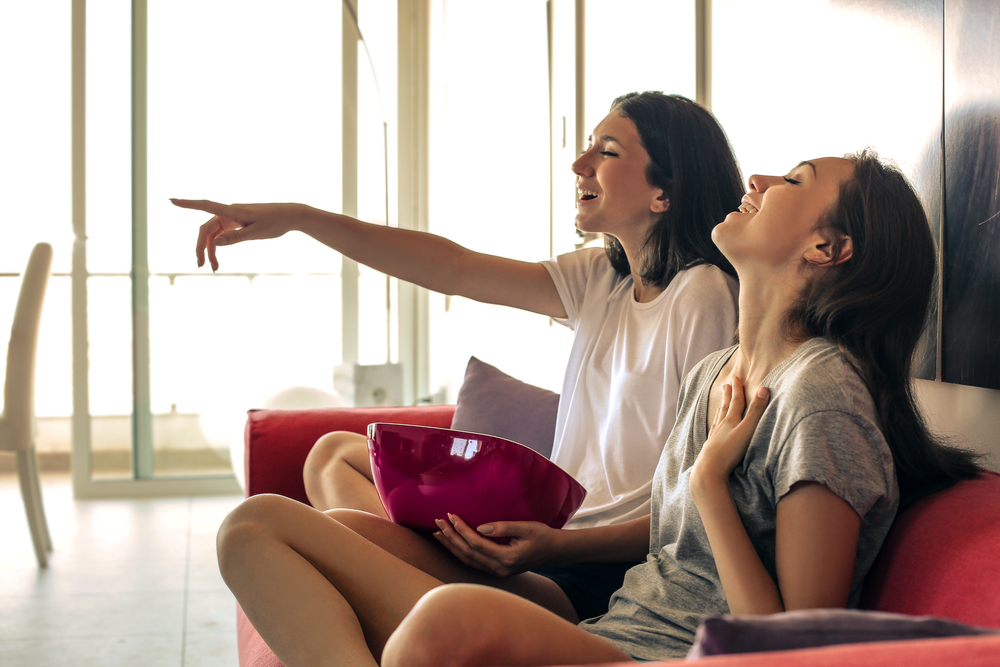 PARTAKING in a practice which requires those around her to nod in agreement in an unconvincing manner, one Dublin woman has once again incorrectly identified a sassy, no nonsense TV character as ‘so me it’s actually freaky’.

The TV character, part of a series 24-year-old Grainne Parren is currently binge watching with her housemates, stands out as a woman who calls out injustices in compelling manner with witty put downs and does so in such a way as to wrongly remind Parren of herself.

Parren, known locally as misunderstanding her withering and petty put downs as ‘truth telling’, has been described by housemates as ‘less sassy, more horribly bitchy’.

“Oh my God, here I am again, it’s like the writers have stolen my mind or something,” Parren said as a tough talking lawyer, in the middle of taking down an inner city New York slumlord who exploits his tenants, threw out some sass quips which somehow reminded Parren of the time she told Vicky in accounts she could do with losing some weight.

“Preach girl, go on, preach,” Parren said while glancing at her housemates on the couch they share in a bid to in engage in some like-minded laughter.

Parren is believed to be part of growing trend amongst TV and film viewers who suffer from something Netflix researchers are calling Character Empathising Blindness (CEB) whereby some male viewers have also been known to mistakenly believe they are as funny as charismatic lead comedy characters.

“Other than just being annoying, it can fucking ruin your favourite show when someone insufferable says ‘oh my God, stop everyone tells me I’m basically the same person as X character’,” confirmed Netflix researcher Dr. Fionnuala Bowen.