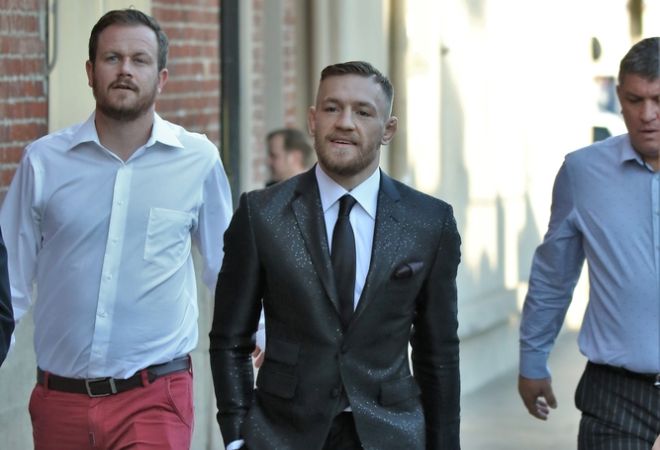 A DUBLIN CITY wide ban of occasional UFC fighter Conor McGregor has been put into effect by pubs partaking in the 12 pubs of Christmas, WWN can confirm.

McGregor’s recent behaviour has prompted publicans across the county to put up ‘No McGregor allowed’ signs for fear his erratic actions could attract the wrong attention for their businesses.

“I heard he was in one pub there the other night, cutting his nose off to spite his face,” shared one pub owner, “we can’t have that carry on when it comes to any 12 pubs activities. Vomiting and wearing shite Xmas jumpers, sure fine, but any of that other carry on”.

The talented McGregor is alleged to have grown fond of punching himself in the face repeatedly as he says ‘stop hitting yourself’, while at the same time setting piles of cash on fire in what some experts have described as ‘fucking ludicrous behaviour altogether’.

“Look, I think it’s fair to say we all love Conor and his madcap antics like calling people Nazis, f*ggots and ‘boy’,” confirmed one publican enforcing a ban, “but once he’s in a pub, he just doesn’t seem to know what the difference between harmless banter like that and other more serious things”.

Publicans have admitted that such a ban in previous years would have been problematic.

“Well the days of dressing exactly like him are over, so we won’t be turfing out lookalikes by accident and you know, I’m not sure many people are that keen on emulating him anymore if I’m honest,” confirmed a pub owner, who didn’t buy McGregor’s recent apology relating to an altercation with an MMA referee in the 3 Arena.

EDITOR’S NOTE: In keeping with open secrets in Ireland and elsewhere, WWN has taken its editorial inspiration from rival news publications and will not bring McGregor’s name into disrepute until such a time as we realise aligning ourselves with his toxic brand might hurt our revenue and reputation.