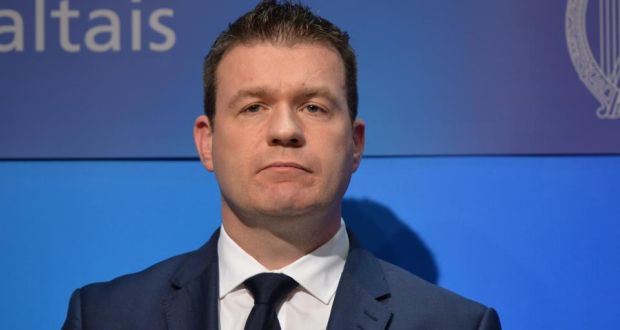 AS part of our WWN Voices series, we offer people a platform to share issues that our close to their hearts. Today, Labour TD Alan Kelly talks about how you can’t resist his sexual magnetism Ireland…

“Don’t fight it, you can’t deny it, Kelly got the good looks, Kelly got the dope hooks” – that is just one of the latest joints off my mixtape ‘Kelly ain’t smelly’ which I dropped on Spotify earlier this year. It shouldn’t surprise you that I’m an excellent rapper. I’m excellent at everything. And once I’m Labour leader, I will unleash the full force of my sexual magnetism on the Irish public. Gravitate to me Ireland, don’t hate.

I would have unleashed my magnetism sooner only all the scientists I spoke to told me ‘no Alan, it’s too dangerous. We’ve never said this to anyone before, but you’re too sexy’. I wish it wasn’t true, but I once accidentally killed an elderly voter by wearing very tight jeans, she had a heart attack from just witnessing how sexual I was. Who would want to take that risk again? Alan motherfucking Kelly that’s who.

For too long the Irish people have had to put up with uninspiring political leaders who can’t even get a ‘soft semi’ out of the electorate’s pants. Big K is here to change that.

Policies aren’t the answer, we’ve seen plenty of evidence of that. Me just being me, a walking, talking Barry White song (or the Weekend for you younger folks) could be all that Ireland needs to be great, or whatever it is people want Ireland to be. I’ve lost track if I’m being honest, being this sexually charged is a full time job.

My mam used to say to me ‘Alan, you’re the best looking man in Ireland and although I haven’t traveled the length and breadth of the world, I’d put a bet on you being the best looking man in the whole world.’ It turns my mother was right. I traveled to many places in my time as a minister. I did a lot of the A countries, a good few of the B countries and almost all of the countries beginning with C and let me tell you I was surprised by how much more handsome I was than everyone.

George Clooney once rang me in the middle of the night in tears, to apologise for not being as good looking as me. I said “it’s OK George, no one is better looking than me”. We laughed and then I told him never to ring me again.

Closer to home I know uniting the country, and a now discontent electorate will take something Ireland has never really seen before. Brendan Howlin doesn’t have any of my sexiness. And so, I call upon the public to give in to their urges, the urges that they have been fighting with and just admit it already. You want me Ireland. In a political and biblical sense. I’m not a man for stats, but I’d say everyone has had a sex dream about Alan Kelly. It’s only natural. I’ve been having one long Alan Kelly sex dream my whole life. Women throw themselves at me (I politely decline), men throw themselves at me (I politely decline), and on several occasions I’ve felt very uncomfortable by the attention livestock has shown me.

We can harness this in one big act of furthering Ireland, for mainly my benefit and that’s OK because I’m the best person to ever be born, and yes I include Jesus Christ and Joe Dolan in that assessment.