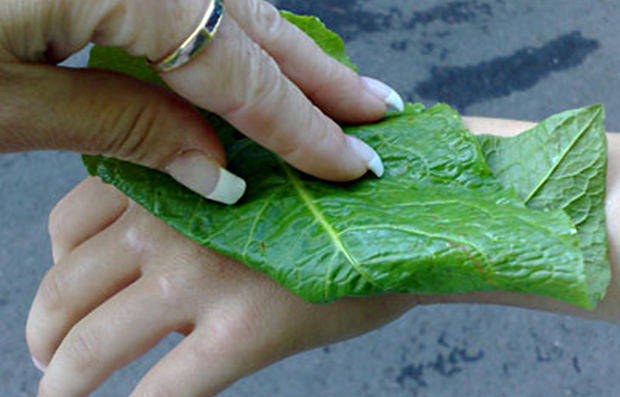 THERE was more bad news today for people who frequently fall down in large clumps of nettles, after it was revealed that dock leaves would only be available with a prescription from September onwards.

The decision was met with fury from parents and children alike, who know that the in and out motion of a dock leaf is the only thing that will take the sting of a nettle out when combined with the singing of a rhyme describing the motion.

Although currently freely available over the counter, dock leaves will require a trip to a GP from September, and must be administered in a pharmacy by a trained dermatologist who will sing the rhyme to the patient and dispose of the dock leaf in a special Hazmat bin.

“This is ridiculous. I used to be able to fetch my ball or whatever from a clump of nettles, sort it out with a dock leaf and be back playing in minutes,” said Kevin Devlin (9).

“Now I have to go to a GP, sit there for ages, go to the chemists and get dock leaves that way. Plus the dock leaves they have in the chemist are these weak, generic dock leaves, not the good ones that you used to get when they were being sold over the counter. It’s all a money racket!”

The move has been met with the same kind of negative backlash as last year’s ruling which saw parents no longer allowed to hit the ground and tell it that it was bold after their kids fell on it.