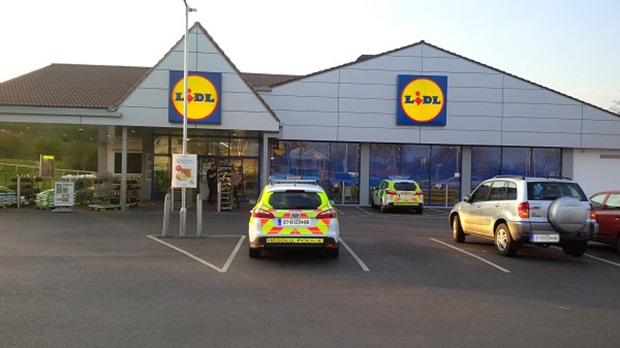 AMBULANCES are still at a Meath branch of Lidl this morning, which was the scene of a near-tragic incident that left over thirty people injured, after a newly-opened checkout queue invoked a mass stampede.

Shoppers at the Lidl store in Dunboyne had been lined up at the single open checkout for nearly an hour at the time, as a member of staff manning the till slowly and methodically scanned in items at glacial speed.

Unrest began to grow amongst the queuing crowd before murmuring that a second till was about to open began to circulate. In the end, all it took was a member of the Lidl staff to sit at the next till over and say “I’ll take you here now” to cause shoppers a rush to the new line, resulting in devastation as men, women and children became caught up in the crush.

“I was lucky to get out alive,” said local woman Sheila Mannion, who had spent the time leading up to the stampede bitching about how she only had a loaf of bread and should have been let go ahead of those with full trolleys.

“We had been standing there for ages when we saw a girl approach with her tillbox in her hand. Everyone waited until we were certain what desk she was going to sit at, and then all hell broke loose.

“I was caught under the wheels of a trolley and fell to the ground. I managed to wriggle out, but my loaf of bread was crushed altogether”.

This latest incident has brought fresh pressure on Lidl to open more than one checkout during rush hour; although the retail giants are unlikely to do so as this would cut down on the amount of staff available to push pallets of bottled water around the shop at all times.