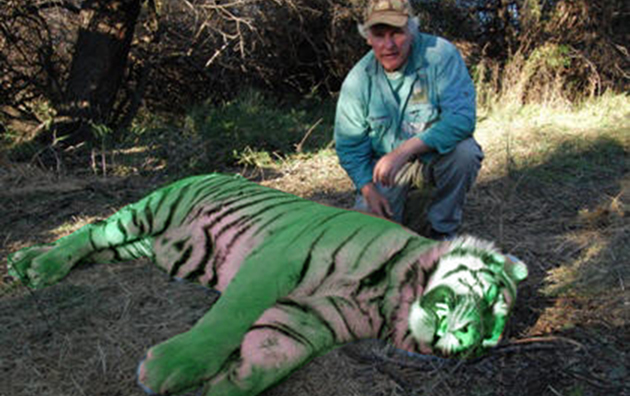 THERE has been widespread outrage after a group of poachers, believed to be German, shot and killed the last wild Celtic Tiger native to Ireland.

The numbers of wild Celtic Tigers had decreased dramatically in recent years after a period of conservation in the early 2000s saw their number rise to record levels.

“It’s a sad day. I’ll miss watching him roam the hills looking down on the houses, licking his lips. A majestic and dangerous creature,” shared leading tiger expert Neil Killen.

While there are now no Celtic Tigers surviving in the wild, many have found a home with wealthy Middle Eastern businessmen as they covet a luxurious pet.

“They seem to thrive in that environment believe it or not,” added Killen, “their diet probably isn’t as plentiful but they seem happy”.

The presence of poachers, hunting illegally, will now be a thing of the past with the final tiger cornered in a woodland area of Wicklow. WWN was able to speak exclusively to the poacher believed to be responsible for the killing.

“It is the hunting itself that is pleasure, not the killing so much,” confirmed Angela, a 60-year-old Hamburg native, “it was quick, efficient and painless”.

It is believed bait made up of caviar and pheasant was used in an effort to draw out the predator.

“It is wrong to say we are aroused, but we will make love on the carcass later this evening,” added husband Joachim.

It is not yet known if the Government will pursue a repopulation programme in the future.