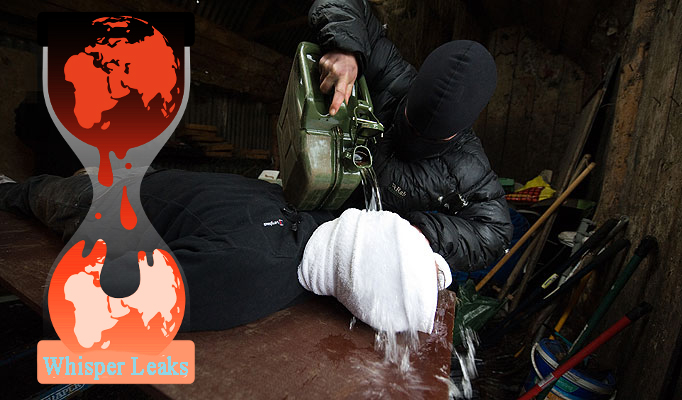 THANKS to the brave work of one of our journalists WWN can bring you an exclusive behind the scenes insight into the workings of the controversial board of Irish Water:

I immersed myself in their world, spending months inserting myself into their social circles, attending countless drinks receptions, functions and press gatherings. There was even a weekend away water tasting in Roscommon.

I had to change everything about myself, the way I dressed, the way I acted, the regularity with which I flushed the toilet after taking a piss – all in the name of bringing the WWN readers the truth behind the bizarre goings on in the most hated organisations in Ireland today. I was now Cian Dowling, an unsuccessful Fine Gael local elections candidate who was a 3rd cousin of a cabinet minister, I was sure if my cover wasn’t blown I would be accepted.

Word came from one of the press officers that Poppa Uisce, that’s what Tierney insisted on being called, wanted to talk to me. To get to his office, I took the lift to basement level 13, I heard the rumours but could scarcely believe my eyes. Here, 13 stories below ground, Tierney’s office was made entirely out of glass with the Nation’s water supply surrounding us, whirling about. Visibility in the office was poor as the brownish colour of the water left us almost completely in darkness.

In the corner by a desk an office chair slowly turned around to reveal Poppa Uisce, he banged his leg off his desk and so was forced to attempt the slow turn around a second time. I was in no doubt as to was the incompetent boss here. Just as he was about to speak my phone rang, I had changed the ring tone to a dripping tap sound in the hope it would provide an amusing talking point, Poppa Uisce lapped it up.

“We could do with someone of your expertises around here,” he said. I knew telling his PA at the water tasting weekend that I had experience in turning taps on and off again would pay off.

“Before you can be ratified to the board, we have a tradition here – a tradition of initiation,” Tierney added with a smirk on his face. I was worried, but I knew I couldn’t mess up this chance to be part of the inner circle.

What followed was a week long series of tests that pushed me to the limit. To make sure I wasn’t a spy I was waterboarded and then asked probing questions about how much the public should be charged. I didn’t want to appear too eager to please so I said €1,000 a week, I had passed this task.

The following morning I was blinded folded and bundled into a vehicle only to be dumped out at first light. As I freed myself from my restraints I realised I was wearing a hi-vis jacket with a note in my pocket that read ‘if you can install one water meter today – you’re in’. I would spend the next 9 hours being constantly filmed by protesters as I tried to drive an Irish Water truck into an estate. A game of cat and mouse ensued before I finally panicked and drove over several peaceful protesters who had been calling me a cunt for 4 hours straight. With the meter installed I was in, they said they would have no problem dumping the bodies into the canal.

A lavish party was thrown at Irish Water HQ for me upon my return, there were water slides, water fights, wet T-shirt competitions and free showers for everyone. Taps were left running everywhere – I had never seen such water-based debauchery in my life.

Fellow board members encouraged me to burn all of my €15,000 pay for being on the board as I was now ‘a crazy rich fat cat’ but I lost track of the night right after downing a keg of water at the behest of Poppa Uisce.

I woke up slumped in a Jacuzzi belching – I had hit the sparkling water pretty hard. I was led to a room by Poppa Uisce to receive a gift, he gave me a limited edition 1991 vintage Ballygowan still water. My cover had worked, I was now sitting in the watery belly of the beast and if I’m being honest I kind of liked it.