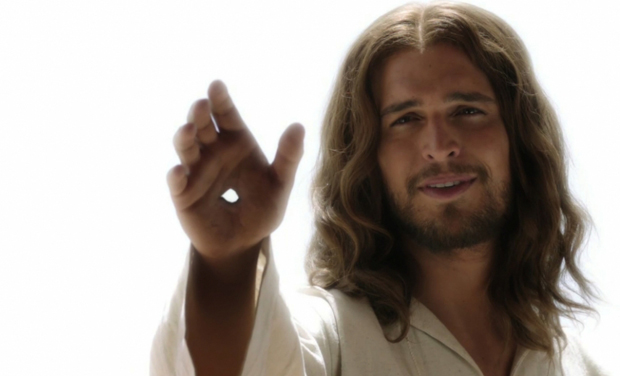 JESUS CHRIST has postponed his second coming today after hearing news of a possible Apple I-Phone 6 launch in the coming weeks.

The only son of God said he will defer his decision to return to the earth until further notice and wishes Apple all the best with their launch.

“It was just bad timing I suppose. Their guy up here, Steven, got onto my guys and we agreed it would be pointless having the two events on the same day,” said Jesus.

Jesus was expected to unveil himself in the middle east and create peace between the nations this week. The 2014-year-old carpenter claims he did not want to overshadow the event by just ‘turning up unannounced’.

“I didn’t want to steal their thunder. It would just end with bad blood between myself, dad and Apple. And no one wants that!” he added.

However, some claim it would be in fact ‘Apple overshadowing Jesus’.

Religious insiders have predicted Jesus, who has large investments on Earth, will sell his massive 34% share in Apple to help feed the millions of starving people living here.

“Financially it would make sense to wait until the company releases the new I-Phone 6. What’s a few more dead people between now an then? After all, everyone is going to end up in the same place anyway,” said priest Fr. Patrick Maher. “It’s simple maths, shares in Apple will no doubt climb in the next few months, which means more people will be fed in the long run”.

Christ’s PR agent has remained tight-lipped on the rescheduled date for the second coming. But experts believe it could be as late as his birthday next year.

Apple is due to launch the new I-Phone 6 later today.