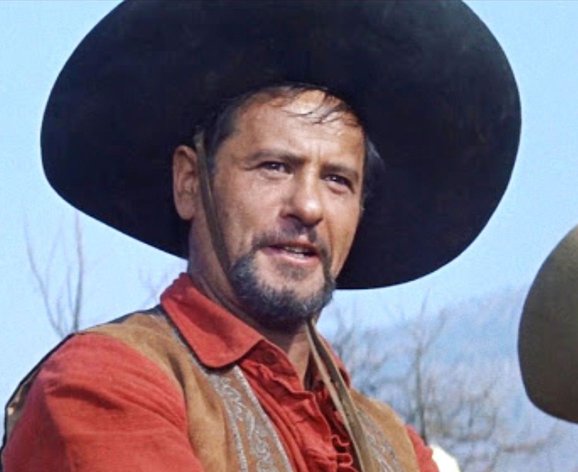 There has been widespread expressions of sadness as the world learned of the death of Old Guy From Cowboy Film, the accomplished actor who most famously featured prominently in Sergio Leone’s spaghetti westerns.

Internet users have quened up in the comment sections of various websites to express their condolences to the family of Old Guy From Cowboy Film.

Across the internet fellow users have helped each other deal with the shock by sharing memories of him such as ‘ah, you do know him’, ‘no, me neither’, ‘who, your man?’, ‘now was he in’, ‘he’s what is known as a character actor actually’ and ‘well just tweet anything about him, it’s trending’.

Numerous news sites sought to celebrate the actor’s life by summerising it into a brief sub-headline in an effort to make you click on the full, light on any insightful comment or genuine empathy, article.

Many will put up ‘top 5 films’ from his career at some point today, despite never watching them while also searching frantically on rival publication’s websites for any information and amusing anecdotes.

“We specialise in celebrity deaths, they are a sure hit for our website,” explained owner and editor of Celebgasm.com Kevin Blake, “just last week there was an overwhelming response to the news that the stand in from popular 80s TV show Alf had died,” he added.

“We of course didn’t include that information in the headline, instead we opted for ‘Obama has been shot, find out more here’. We chose that headline because we think it justifies the feeling we all have for Alf’s stand in from the TV show Alf,” Blake further explained.

The long and successful career of Old Guy From Cowboy Film is sure to live on longer than people confusing him with other similarly old and dead actors.

Other notable celebrity deaths this week have seen the world say goodbye to Brad Pitt’s cat, the number 24, the flux capacitor from Back to the Future and for a second time – Marlon Brando.