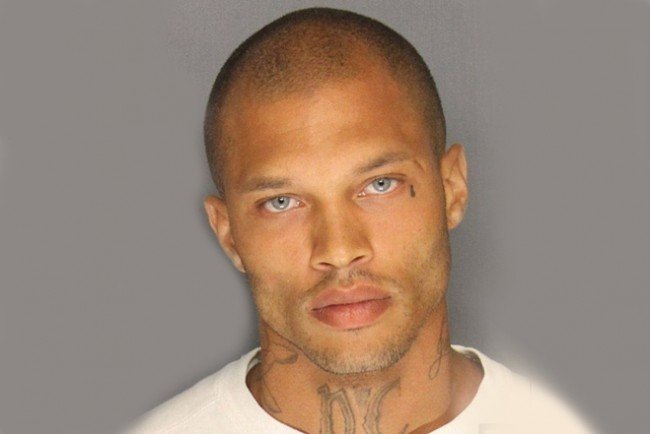 TV executives are currently scouting for hardened criminals across the United States for a new series entitled America’s Next Hot Convict, due to air in the Fall of this year.

The show received a green light from producers following the rise to internet fame of the incredibly handsome Jeremy Meeks, whose dreamy mugshot stole hearts worldwide following his arrest on a litany of serious charges. Meeks, currently stocking up on non-slip soap, drew the public’s attention to the attractiveness of some of the country’s less legally inclined citizens and prompted TV execs to begin a search for the next big thing in sexy criminals.

Based on the popular America’s Next Top Model format, the show will revolve around attractive sociopaths competing against one another in a series of modelling pose/aggravated assault based tasks culminating in a tense “Mugshot Off”, until one violent danger to society is crowned America’s Next Hot Convict.

Upon victory, the jailbird will receive time off their overall sentence for good looks. Series producer Warren Norton spoke enthusiastically about the format during a glittering launch attended by some of the crime’s sexiest individuals.

“Criminals are just so hot right now,” said Norton, whose past TV credits include ‘You’ve Been Shivved’ and ‘Guess The Pederast’.

“No matter what heinous crimes these folks have perpetrated, if they’re hot the public just loves them! Our show will deliver the most fantastic looking murderers and rapists in a familiar, easily digestible reality TV setting”.

“Some of these cons are going to be stars, I tell you. We’ve got a convicted sex trafficker with the most piercing blue eyes you’ve ever seen, and a guy with the chiselled good looks of Ryan Gosling who actually murdered someone with a chisel”.

The show has attracted criticism from concerned parent groups who fear that children are growing up in a world where superficial attractiveness is more important that adhering to the values of right and wrong. However, the members of these groups were largely unattractive and so their points went unnoticed.