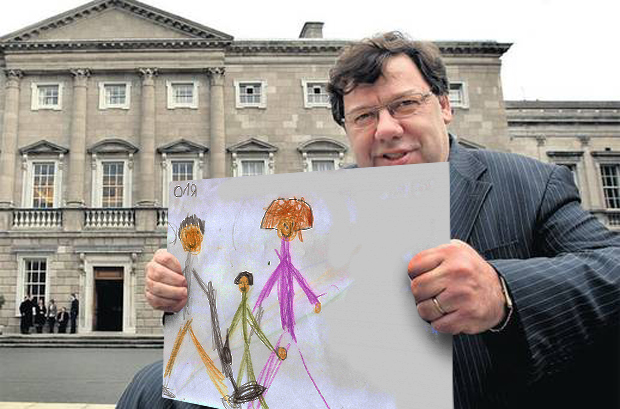 Not just a pretty face. Ex-Taoiseach Brian Cowen made his way to St. Stephen’s Green this morning to exhibit just some of his artwork since retiring from politics over three years ago.

The 54-year-old said he has been doing a lot of painting in his spare time and his life drawings are already causing quite a storm on the Irish art scene.

“Mammy always said I was right good at drawing.” he explained. “I likes vivid colours and I usually work best with crayons. All the pictures you see have me name on it, in case it gets lost.”

Shortly after setting up his display this morning, Mr. Cowen was approached by several buyers interested in his drawings.

“Most of them asked me the same question; did I paint them myself.” he said. “I suppose it’s hard to believe someone like me can paint like this. People are often confused by my talent.”

The county Offaly man is expected to frequent the St. Stephen’s Green area every Sunday, stating he was overwhelmed with the initial response from passers by.

“I was nervous at first to come here, but now I’m glad I did. One man gave me three euros for a picture I did of my mammy and daddy beside our house with a chimney.”

Below are just some of Brian Cowen’s pieces.

This piece is called “Me and poopy wife pants” 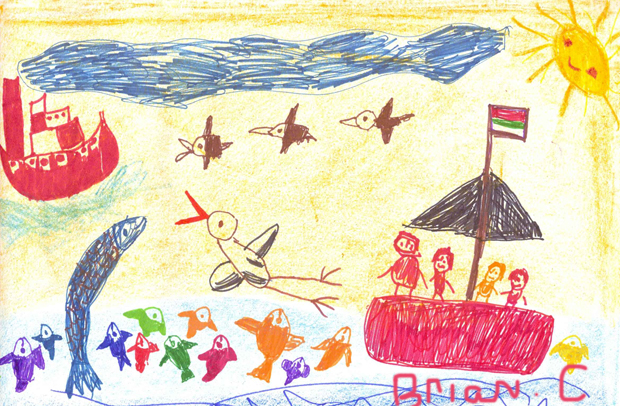 Brian’s personal favourite piece is called “The time we went on holiday”. On sale for €10.54 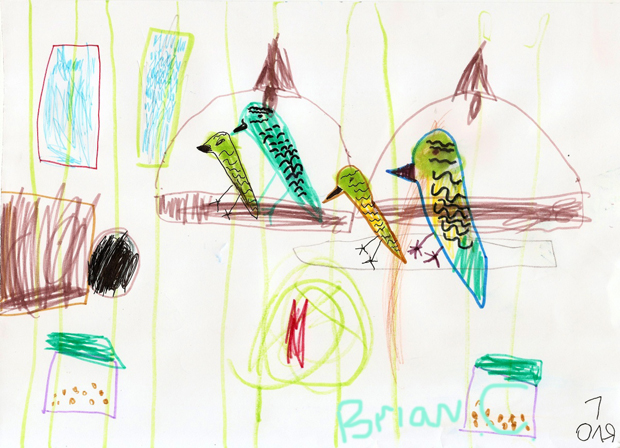 Some of Brian’s inspiration comes from his love of birds: “Silly Birdies” 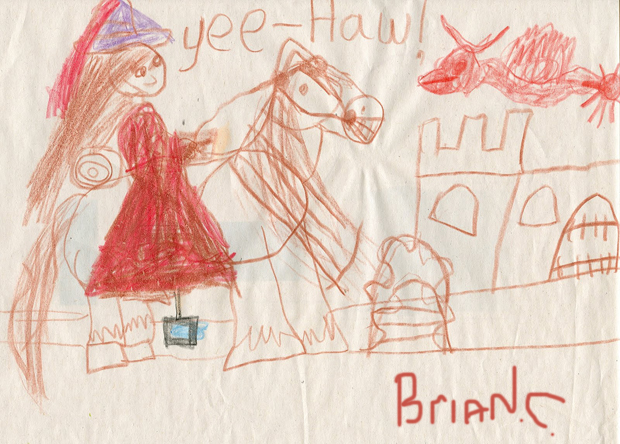 The ex-Taoiseach told WWN that he always wanted to become a princess and live in a big castle, which inspired this piece called “Daddy’s little princess”, selling for €9.78 or will trade for two crates of fanta.