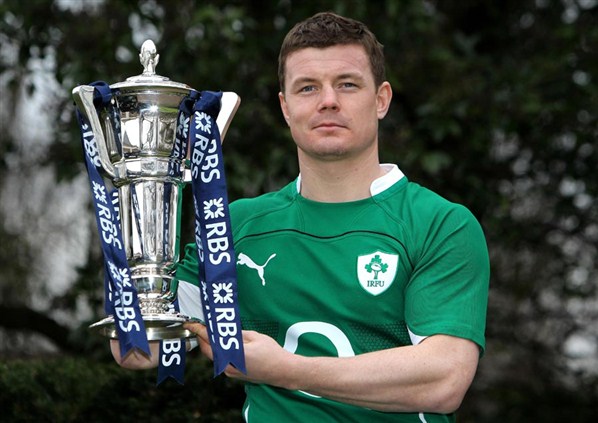 The Leinster and Ireland legend is said to be close to purchasing the little known rugby franchise on America’s west coast.

In what could turn out to be a momentous day in the history of rugby union in the United States, Brian O’Driscoll, arguably Ireland’s greatest ever player is close to finalising a deal for the L.A. Hustle rugby union team.

O’Driscoll is said to be angry that rumours of the purchase has spread before his final game in the colours of Leinster.

While to the layman the purchase may seem peculiar, it is said to have been precipitated by his wife, actress Amy Huberman’s desire to carve out a career in Hollywood, coupled with the increasing number of Americans turning their back on NFL as it has an ever deteriorating safety record.

“Brian has received a lot advice from the Beckhams on how to crack the American markets and the tabloids have been ringing non stop to support the power couple,” shared a source close to the rugby star.

While the usually publicity shy O’Driscoll is weary of the exposure he will open himself up to in the US, a number of key investors are backing the venture.

“Simon Fuller, who masterminded the Beckhams transition and was the Spice Girls manager is a big investor in the project,” offered a close friend of Brian’s, “Fuller believes there is a small but dedicated rugby market and with the construction of the Adidas-BOD Arena in downtown LA they will be located at the heart of the bustling city.”

It remains to be seen if the purchase of the L.A. Hustle will go through, but Ireland’s favourite power couple are proving vital to dwindling paper sales with 20% of some tabloids news resources dedicated to covering the couple full time as the new chapter of ‘What Amy and Brian did next’ unfolds.