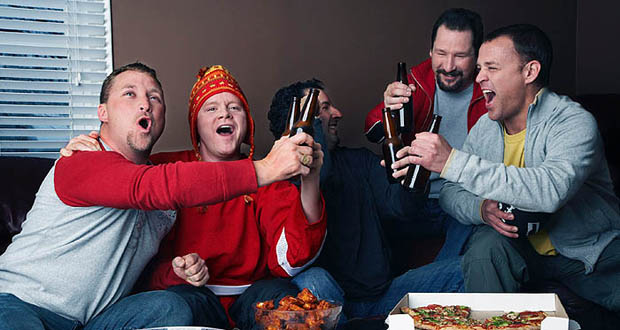 Ballynagossery Kickhams midfielder Ger Hart was last night declared to be some boy altogether after it came to light that the 23 year old had starred in an X-rated movie while living in the United States.

The clip shows the two time Father Blastitt Junior B Trophy winner engaging in a variety of sex acts with three busty starlets, and went viral yesterday after it was spotted online by one of Harts team mates.

“I was about to close the window and one of the people on the page caught my eye; there was the bould Ger Hart, teeming the spuds on these two lassies. I mailed him on Facebook and he admitted it was him, so I wasted no time in mailing the clip to everyone I knew”.

It is believed that Hart found himself strapped for cash while on a J1 in San Francisco two years ago, and answered a classified ad looking for performers willing to have sex on camera. Faced with an opportunity to get handsomely paid for something he normally does for free he signed up and togged out.

The 11 minute clip, which contains depictions of sex acts not available in Ireland, became the most watched video in Ireland yesterday as the tight-knit community of Ballynagossery came to terms with what a total legend Ger was.

“There’s plenty of young lads in the team who looked up to Ger before all this came to light, and now they look up to him even more. We’re looking forward to training this week, so we can find out a few more details and maybe a few contacts or something”.