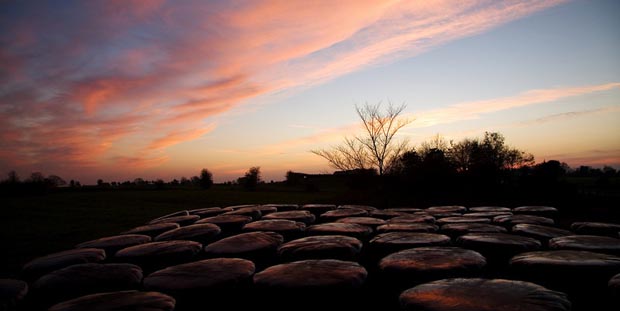 Met Eireann have upgraded the stretch in the evenings to “Grand” following a week of slightly more daylight between 5pm and 7pm.

The move follows several months of evening stretches which were deemed poor or non-existent and has been welcomed across the country, particularly in the agriculture sector.

“Jaysis there’s a grand stretch in the evenings now” said dairy farmer Bertie Curtis, out standing in his field. “I’ll be able to get the silage boiled and the bulls teeth straightened now, no bother. It makes a big difference! Twas only last week you couldn’t leave the house after six o’clock, because it was as dark as the inside of a cow with her eyes shut and her tail down.”

The upgrade to Grand (expected by many to be a precursor to a further upgrade to Powerful in the coming weeks) brought great relief to the countries most socially awkward people, who now feel they have an additional line of conversation to use when trying to make small talk.

“The stretch in the evening was sorely missed over the past few months” said Paul something or other.

“It’s been great to be able to drop it into conversation as an ice-breaker since it got upgraded to grand. Over the Winter, I had nothing to say to anyone that was of any real worth. My attempts at starting conversations were as natural as a swan trying to climb a ladder. Now that Met Eireann have upgraded the stretch, I’ve been leading with that and it has worked wonders. You can talk about it to anyone; family, co-workers, taxi drivers, and friends if you have them”.

In an additional bulletin, Met Eireann have also spoke of plans to issue a further upgrade to the weather, bringing it from “Shockin’ Cowl” to “Fierce mild”.