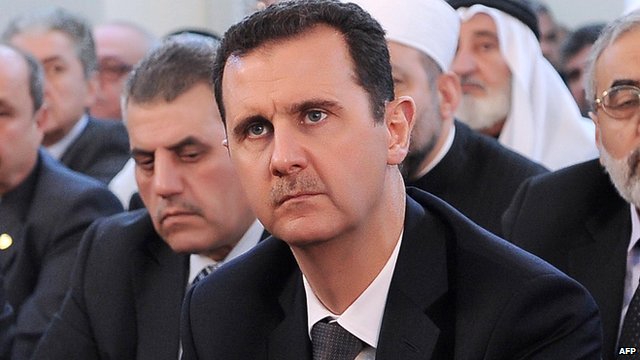 The international community is said to be shaken by the latest development in the Syrian civil war, which had seen embattled despot Bashar al-Assad sensationally ‘unfollow’ the UN on twitter.

Talks in Geneva ended without agreement despite an indication that the Syrian leader was willing to engage with rebel leaders, the hope being a peace deal could be reached but this now seems impossible.

In what has been deemed an unprovoked passive aggressive attack the ‘unfollow’ occurred in the early hours of the morning, a time the UN leaves their social media accounts unmonitored.

Twitter is famed for the civil discourse of its users and the site’s importance in breaking the latest stories around the world cannot be underestimated.

“It’s not newsworthy unless it’s trending on twitter and that’s some sort of a science fact,” explained media expert Devin Johns, “like this is serious stuff now. The world is watching Obama’s twitter, but we’re just getting pictures of Beyoncé and Jay Z right now”.

WWN’s source at the UN revealed a meeting of the UN emergency council is set in place for this afternoon to devise an appropriate response.

The hastag #UNburn has been trending on twitter since Assad’s following officially stopped leading many experts to declare an upturn in support for the controversial leader.

“The public’s appetite for what we in the media call a ‘twitter feud’ is unquenchable. before this unfollow, Assad was just a heartless dictator, but now the public have seen his human side, this civil war seems real right now” offered another media expert John Devins.