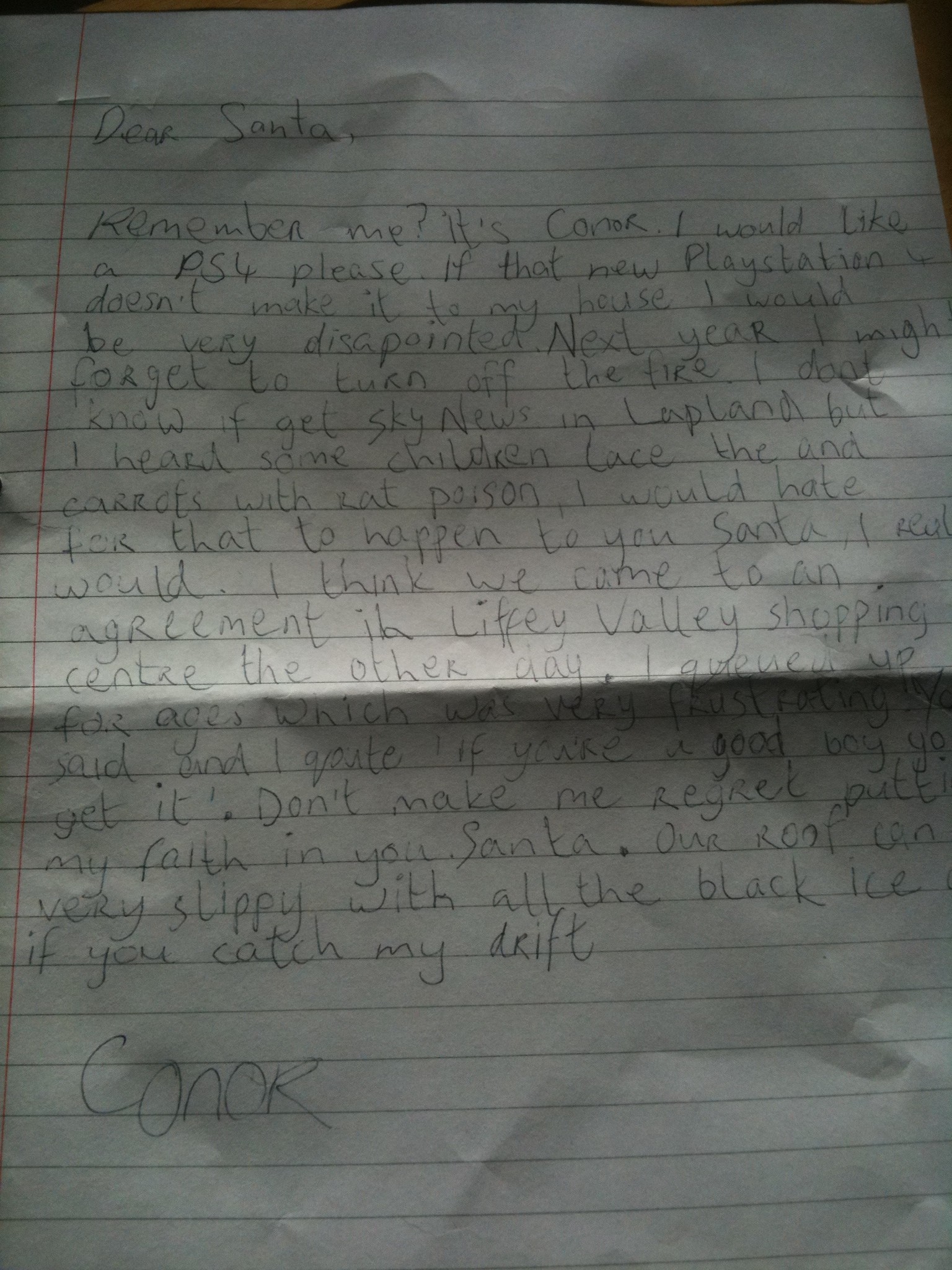 The excitement and anticipation surrounding Christmas is well and truly underway in these, the first few days of December.Homes up and down the country will be kitted out with decorations and an excessively large tree in the coming days.
The O’Malley household in Drogheda, Louth will be no exception. Conor O’Malley, the youngest in his family at the ripe old age of 9 completed the 23rd draft of his letter to Santa Claus yesterday and felt satisfied that this particular letter best encapsulated his wants and needs.

Conor still felt the pain of last year’s Christmas morning when he received the Manchester United third choice away kit and not the red home one he had stated he wanted.

The 10-year-old made sure to infuse his writing with an ominous subtext of violence and retribution if Santa should wish to repeat his poor performance of last year.

“If that new Playstation 4 doesn’t make it to my house I would be very disappointed. Next year I might forget to turn off the fire,” began Conor’s threat. “I don’t know if you get Sky News in Lapland, but I heard some children lace the biscuits and carrots with rat poison, I would hate for that to happen to you Santa, really I would”.

Conor then hinted to the tacit agreement he made with Father Christmas not two days ago. “I think we came to an agreement in Liffey Valley shopping centre the other day. I queued up for ages, which was very frustrating. You said and I quote ‘if you’re a good boy you’ll get it’. Don’t make me regret putting my faith in you Santa. Our roof can get very slippy with all the black ice on it if you catch my drift.”

Conor thought better of signing the letter in his own blood, but was nonetheless content with the message he was sending.