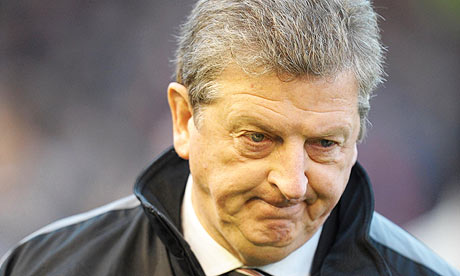 Following the just announced groups for next Summer’s World Cup in Rio the FA have released a short statement confirming the decision to fire Roy Hodgson in 7 months time.

The draw will see England face off against Uruguay, Italy and Costa Rica.

“The FA has taken the sad but inevitable decision to terminate Roy Hodgson’s contract as England manager sometime in mid June,” began the FA’s statement.

“We’d like to take this opportunity to thank Roy for the hard work that will ultimately lead up to finishing 3rd in our group. One shining light, of course, is that we won’t have endured yet another penalty shoot out defeat. Fans will have to vilify the team as a whole rather than focusing on one penalty miss which is nice for a change I suppose”.

Hodgson is understood to be disappointed by the decision the FA will take next Summer but not at all surprised.

The FA have reportedly already begun to put together a panel to examine what exactly will go wrong in Rio.

It is thought the findings of the report will form the foundations for England’s gallant quarter final exit from the 2016 European Championships in France.