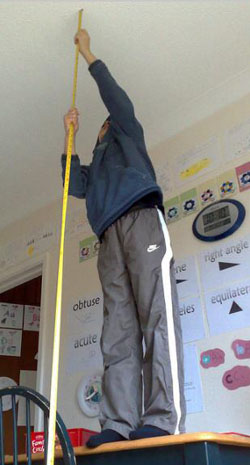 A RECENT survey in the US has found that a staggering 98% of Americans are already very happy with their ceiling depth and find no reason to increase it as recently suggested by their president.

Barack Obama had warned the country they risked tipping the world back into a recession and throwing “millions more people out of work” unless they could reach a deal on increasing the United States standard ceiling depth.

The average height of a ceiling in the US is 8 feet, and experts say this is high enough for any human being to live under.

“It’s just pointless raising it any higher.” said building contractor Todd Masterson. “It would actually cost more money to heat, not to mention the massive cost of raising the ceilings in millions of homes across the country.

“The idea is preposterous.” he added.

However, real estate agents and event planners have said that whether building, buying or planning an event, a higher or vaulted ceiling is always better.

“When a person is in a space with a 10-foot ceiling, they will tend to think more freely, more abstractly,” said Fisher.

“They might process more abstract connections between objects in a room, whereas a person in a room with an 8-foot ceiling will be more likely to focus on specifics.