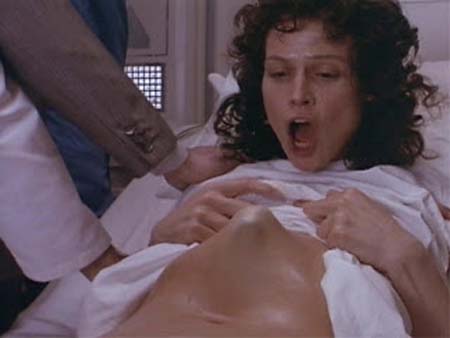 MINISTER FOR JUSTICE Alan Shatter made it clear today that whatever the government decides to do about the ongoing abortion issue, it will definitely allow for termination when there is risk of an Aliens type fetus inside the mothers womb.

The Minister said the original Aliens movie made it abundantly clear that leaving an organism of this type burst out through the hosts torso, is “not an option”.

“I was horrified to see the damage it had caused.” he said in an interview with WWN this morning.  “I would not wish that kind of brutality on any mother, whether she was foreign or not.”

However, opposition members are concerned about the inclusion of Alien terminations as it may pose a threat of retaliation from other worlds.

Sinn Fein leader Gerry Adams pointed out that Ireland does not have a sufficient defence system capable of fighting off a Alien attack, and warned the government that the move could put the lives of everyone on the island at risk.

“We don’t know what we are dealing with here. Judging by the new Aliens film, it seems these creatures are way more advanced than we are and would have an upper hand in any type of conflict that may arise.”

Taoiseach Enda Kenny joked: “You’d know all about that Gerry. Sure we’d just call on your boys to give us a hand.”

Several Fine Gael backbenchers also expressed their concerns, stating that the killing of an Alien fetus is just as morally wrong as killing a human fetus.

Meanwhile outside Leinster house a large crowd of pro-alien life protesters gathered to voice their concerns over the proposed legislation.

One female told WWN: “We are all Gods creatures and every being has the right to life, regardless of how they make their way into the world.”