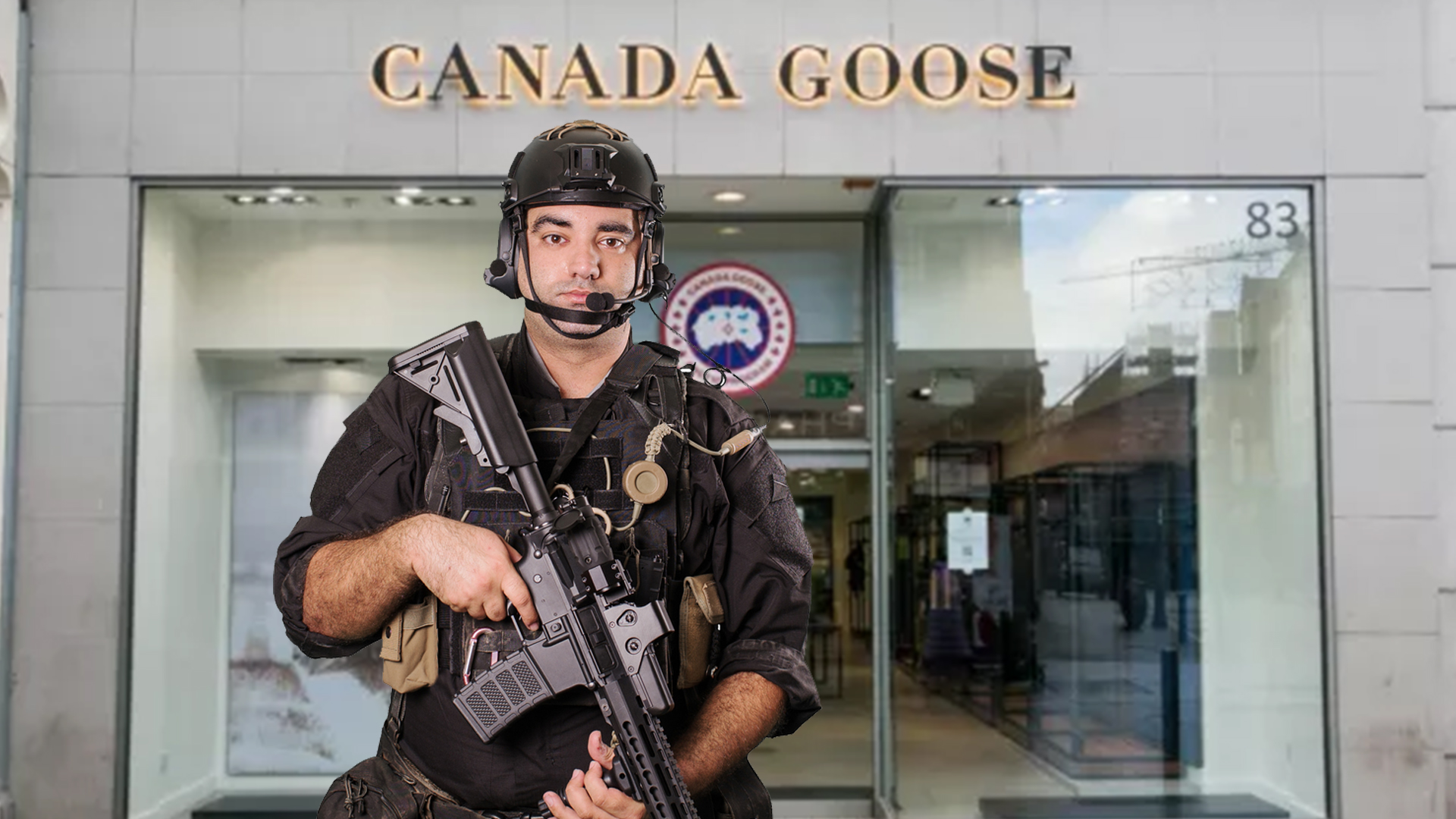 FOLLOWING a number of stores on Grafton St being the subject of dawn raids and thefts in the last week, Canada Goose has taken extraordinary steps to protect its shop and stock, installing rooftop snipers, barricades and barbed wire.

“We’ve been contracted to defend this location at all costs, and that’s what we’ll do” said one machine-gun totting militia man, who will not let what happened to Hugo Boss befall the prime seller of status symbol jackets in the greater Dublin area.

Footfall has been light today with some customers put off by the pepper spray, stun grenades and holding sells where changing rooms once stood but with the high probability of thieves striking once more on Dublin’s premier shopping street has forced the shop owners to act.

“We’re leaving nothing to chance, first off we’re not letting anyone in this shop if they’re wearing a Canada Goose jacket – are you joking me – not a chance, we not looking to get robbed. No thanks,” offered one Canada Goose retail worker giving the secret signal to snipers to take out a potential thief.

Gardaí have commended Canada Goose on leveling up their security arrangements and suggest other shops should follow suit.

“First off, we still haven’t round to arriving on the scene of the last robbery but having the right security pays off because with potential Goose grifters having identical haircuts, jackets, tracksuit bottoms and runners, CCTV footage and identification would prove impossible,” explained one guard who asked thieves to only carry out robberies when nearby stations have a proper shift on.

Elsewhere, the ghost town that is the top floor of Stephen’s Green Shopping Centre has stated it would love a bit of attention from would-be raiders.