COMING UNDER severe criticism for his selfie-taking actions at the funeral of football legend Pelé, yet more examples of Gianni Infantino’s inappropriate photo-taking have been obtained by WWN which could further damage the reputation of FIFA’s head honcho.

Pele’s funeral wasn’t the first time Infantino made a football based selfie blunder. Pictured here in 2020 at Maradona’s funeral. 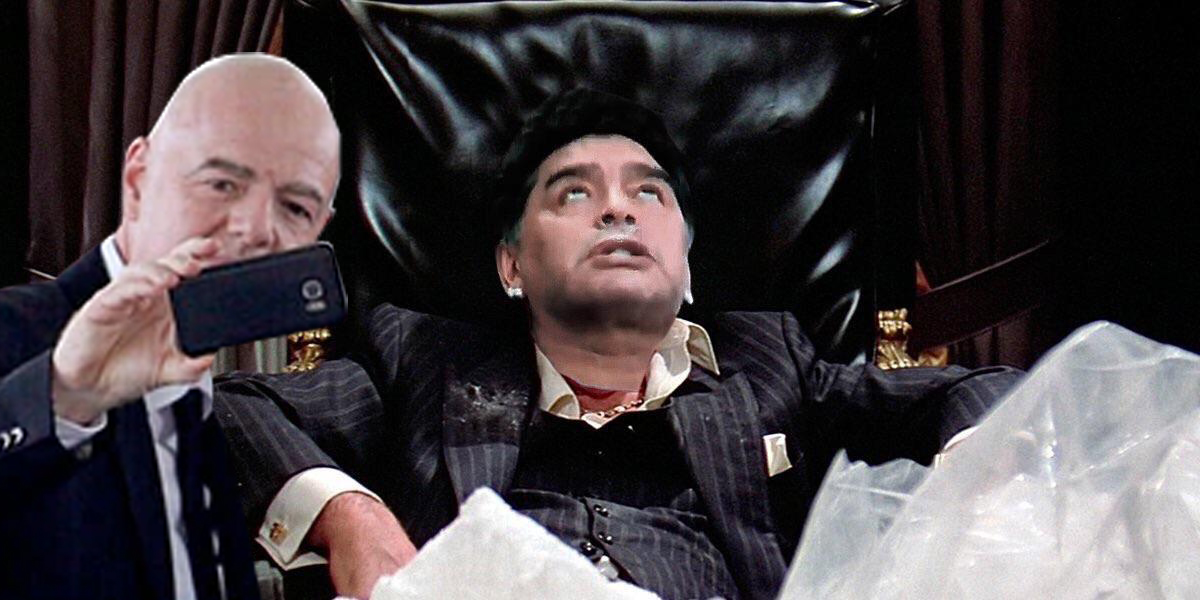 Gianni will get it in the ear from his friend Vladimir Putin after his use of a mobile phone tipped off the Ukrainian military to the location of Russian troops. Maybe Gianni will have to give back his Russia Order of Friendship medal now. 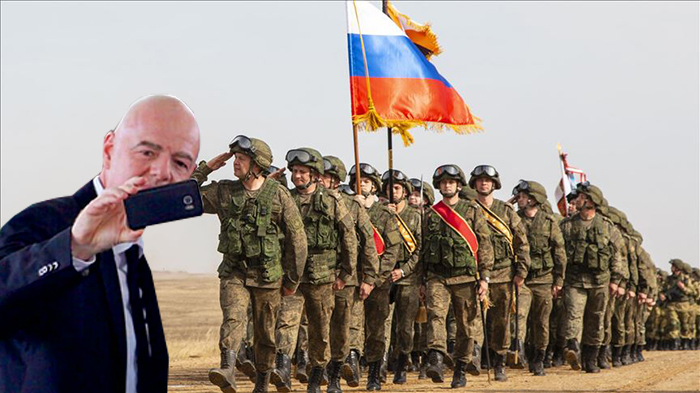 A bit of decorum? Before you ask, yes, he skipped the fucking queue. 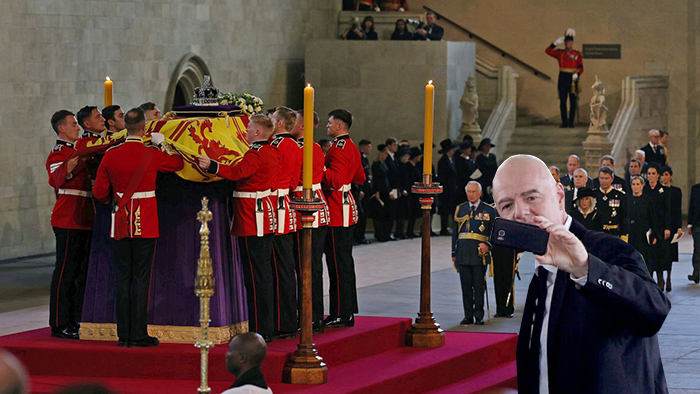 Honestly couldn’t have picked a worse time to take a selfie Gianni, Kevin had just found out Lauren was having it off with his brother for the last six years. Zero social tact this lad. 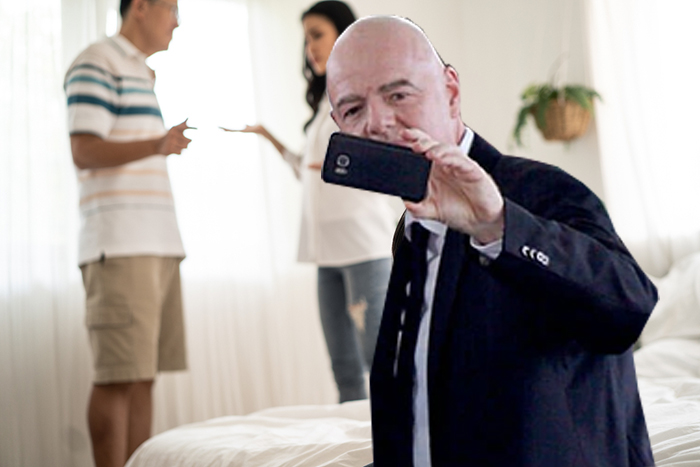 Infantino here mishearing Qatari migrant workers’ pleas of ‘help me’ as ‘sel-fie’, the FIFA head took a pic instead of using his considerable influence with Qatari politicians to end their exploitation and lack of basic human rights. In Gianni’s defence this was more an issue of timing, he wasn’t to know that at this exact moment JFK was to be assassinated. 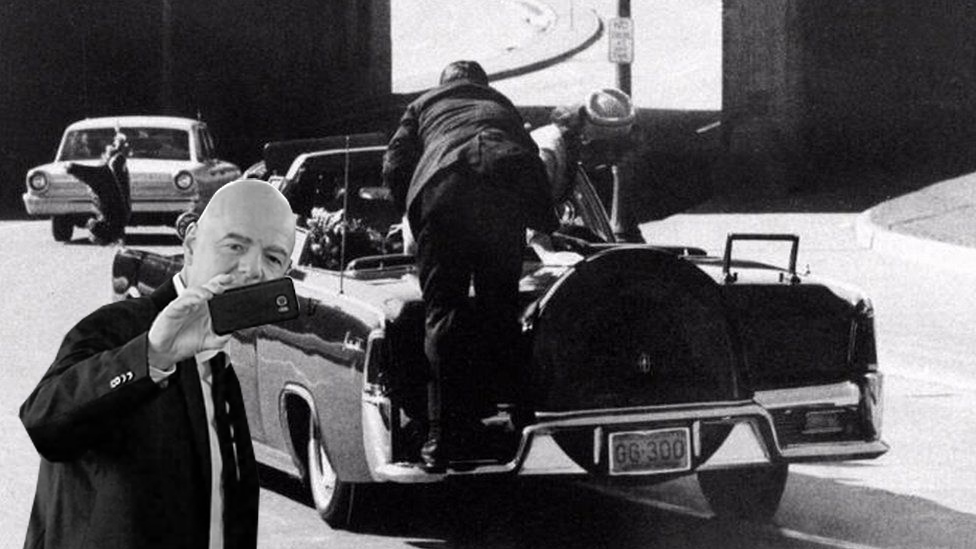 By all means pens a 100-tweet thread about how you think Amber Heard is the devil incarnate, but maybe say the selfies for another day. It’s tacky. Prince Andrew expressly asked Gianni to upload the selfie from the Pizza Express, not this one. Actually as long Gianni included a rant about how the homeless are everywhere and are probably not really homeless, he’ll get huge support for this one. 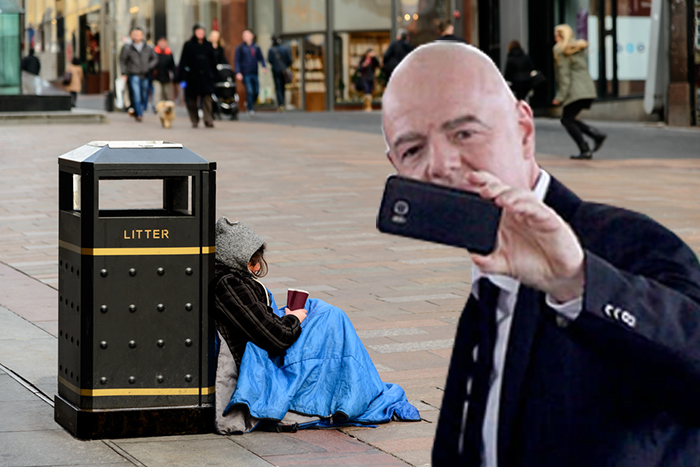 Really, now? The man’s trying to read a story to some kids and you’re going to ruin it by oaring in for a selfie? 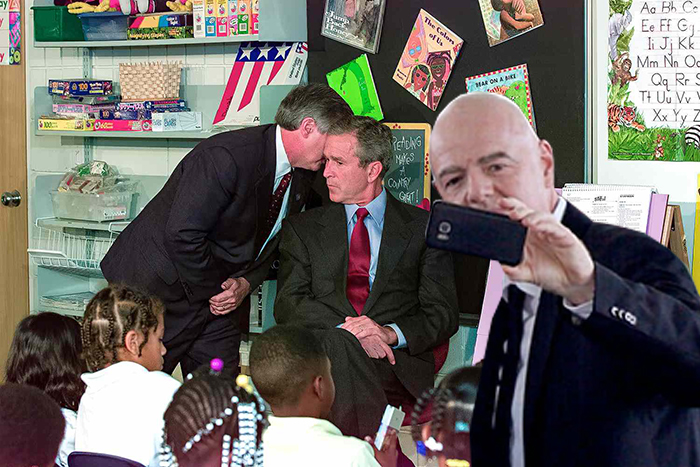 This one is okay, that shit was wild. 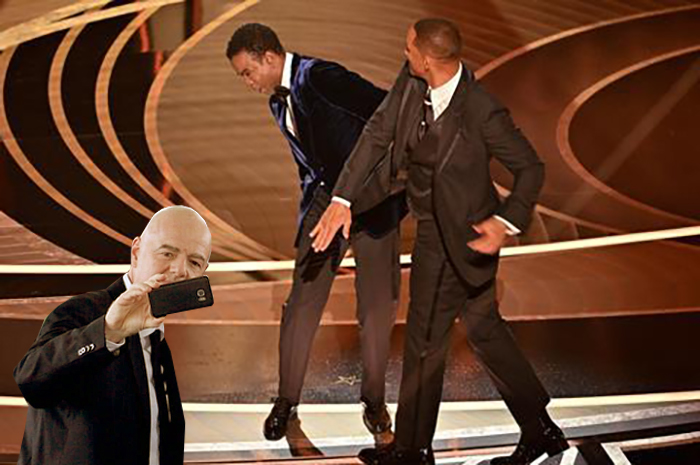