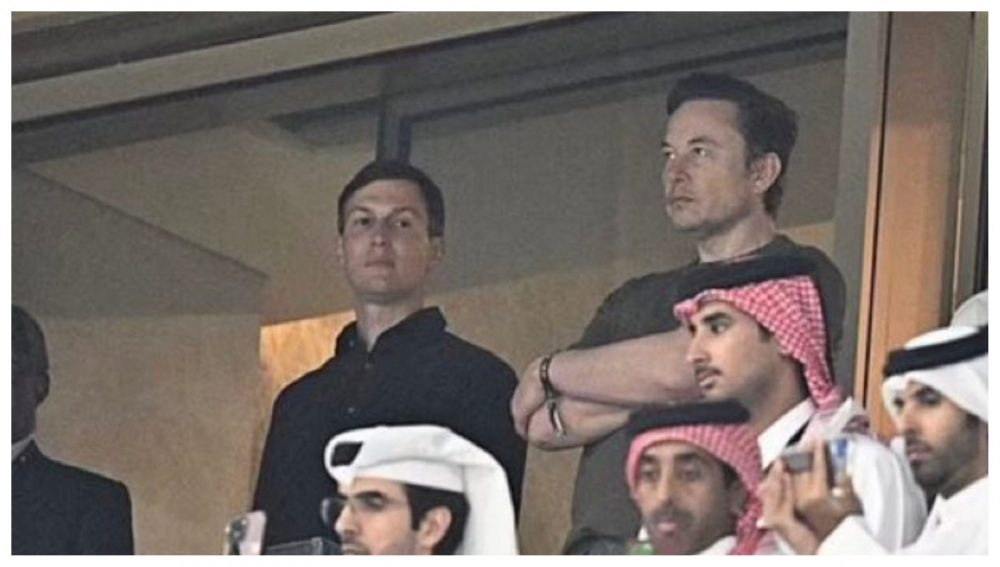 THE first ever non-summer World Cup has drawn to a close, with a cracker of a contest that saw Argentina edge out France on penalties in a nail-biter for the ages. But it wasn’t all good craic; every now and then the camera would drift to the premium level seats, ruining our enjoyment of the match with a shot of one of these bellends:

Musk seemed to be having a great time at the World Cup final, which is annoying. We like our rich people to be miserable as often as possible, to back up the claim that ‘money can’t buy you happiness’. Which now that we think of it, sounds like something rich people would say to make us paupers feel like we’re not missing out on anything.

We hadn’t thought of Kushner, considered in many circles to be the ‘American Jacob Rees-Mogg only more haunted looking’, since the 2020 elections but boom; here he is on our TV screens. Nice. Thanks Jared. That’s ruined our Sunday.

Some shots of the stadium showed large swathes of what looked like empty seats. Which many found impossible, empty seats at a World Cup final? Shouldn’t this thing be sold out, with fans clamouring for tickets on the black market?

Well, it turns out that those empty seats were taken by ticket-carrying ghosts. Potentially those of the migrant workers who died building the stadium? We’ll never know. Either way, poor show, ghouls. We’re trying to enjoy this stonker of a game here, don’t be bringing the mood down!

Salt Bae is fast becoming the Glen Hansard of the cookery world – showing up uninvited everywhere and giving everyone the creeps. Just as Hansard showed up on the Late Late Show on Friday to vex the nation with a rendition of Fairytale Of New York, Salt Bae showed up at the World Cup final to… do what? Salt the trophy? Get outta here ya salt prick!

Not content with jumping all over Katy Taylor after her victories, Shane Ross somehow made it onto the pitch after the final whistle blew to share the spotlight with Messi. Shane! What are you doing pal!?

Some lad in a Mayo jersey

With both teams playing in shades of blue, the flashes of Mayo red and green stuck out a mile as one far-from-home fan enjoyed yet another final where his team didn’t win.