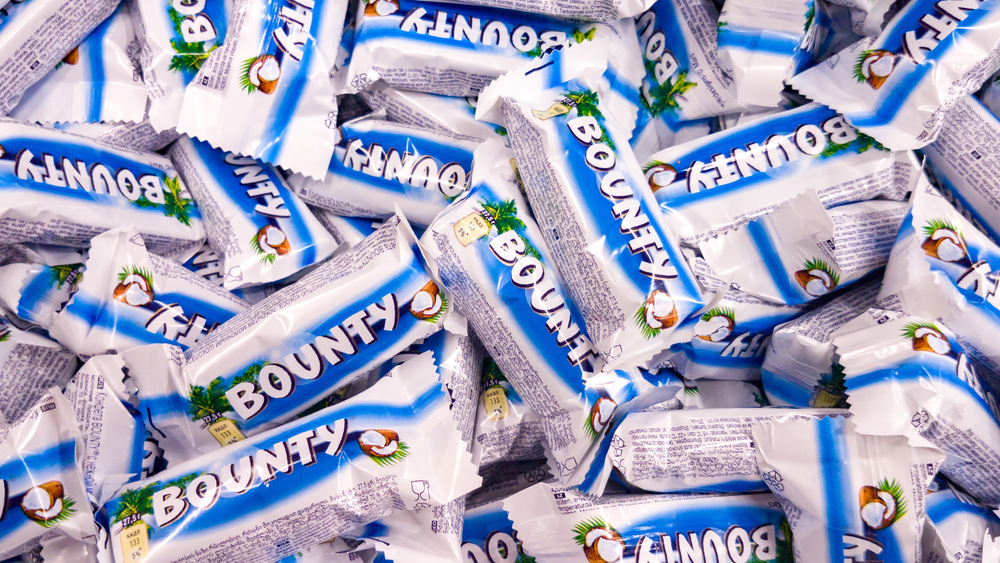 “WE took a survey and people said they didn’t like them” has been cited by Mars Wrigley as the reason why tubs of Celebrations this year will not feature miniature Bounty bars, but insiders have leaked a much more believable explanation.

“We went to a meeting of all the chocolate distributors and at the end one guy stood up and said ‘oh yeah, another thing… the price of coconut or whatever gloop we pretend is coconut has gone up’,” said one source close to the industry.

“So that meant no Bounty bars in the tubs, without losing profitability. Simple as that. They’re going to tell you that it’s to do with Bounty bars causing too many arguments over who gets them first or how they’re always left behind because no one eats them. In the end it’s the dollars. Always the fuckin’ dollars”.

The excuse used by Mars Wrigley as to why Bounty bars are cancelled joins other chocolate tub myths, including:

– Tins of Roses are quarter of the size they used to be ‘to not alienate people with bad backs who couldn’t carry them any more’.

– Chocolate no longer contains the same amount of cocoa powder because ‘we were concerned that some of you were getting to be fat bastards and we wanted to save you from yourselves’.

– Every chocolate doesn’t taste like chalky crap these days, you’re just imagining it.

– Yes, tins were bigger back in the day but for a lot of people this springs memories of their mothers using Roses tins as sewing boxes and with those mothers now passed away, companies just wanted to be more sensitive so that’s why you can’t fit a spool of thread into a box of Quality Street these days.