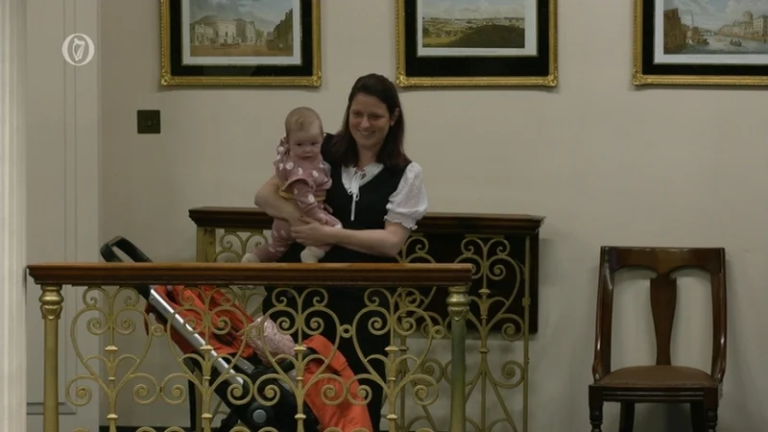 NOT EVEN days after making headline news as the first ever child of a TD to enter the Dáil chamber while it was in session, the child of independent Violet Anne Wynne has make expense claims totaling €20,000.

“They’ve also been in touch to see how many more hours they have to do in the Dáil to qualify for a pension,” explained one Dáil clerk, as Wynne’s child Collins took to the ducking and diving of TD life surprisingly quickly.

“Innocent as the day is long, as any 7-month-old but there’s some strange thing entering into the Dáil does to people, a corrupting influence but fair play for only expesing €20,000, shows a lot of restraint compared to others,” added the clerk, of the child’s expense claims for nappies, dodies, baby grows, plush toys, milk and an order of industrial quantities of Liga biscuits.

It is not believed Wynne’s child has any undeclared conflicts of interest such as serving on the boards of organisations, undeclared rentals or failing to declare holding shares in companies but experts believe it is only a matter of several more Dáil appearances before she becomes just another TD.

“It seems while other TDs doted on her they also discussed among themselves the various fast ones they pull when it comes to the perks of the job, and the child absorbed this information very quickly,” added the clerk, who believes it was the Clare deputy’s child who used the Dáil printer to print off 10,000 missing posters after her mother disappeared behind her hands during a game of peekaboo.