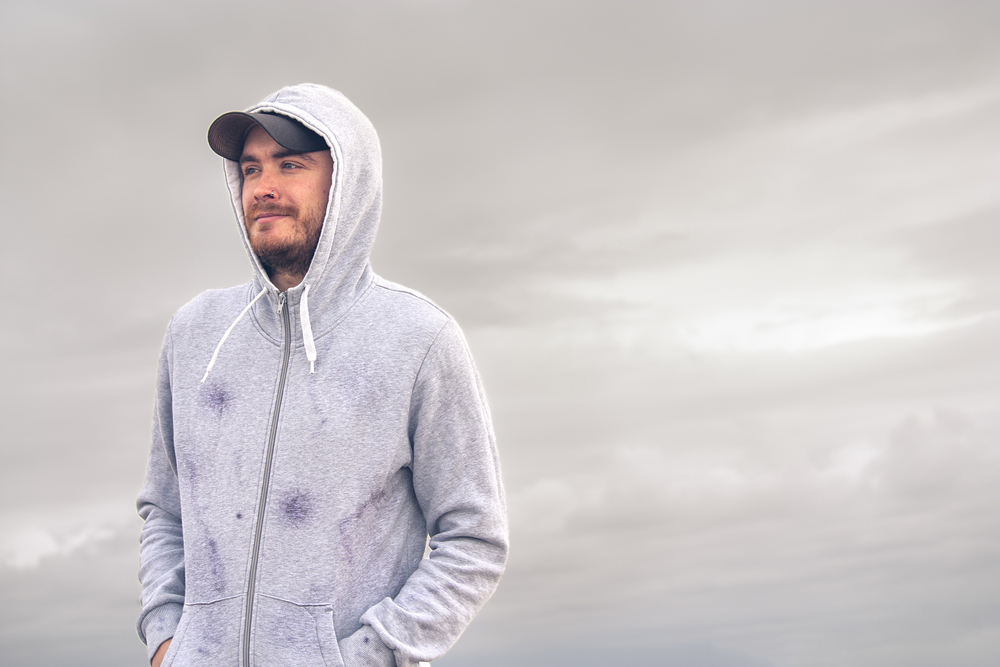 LOCAL man Gavin Goggins otherwise spotless hoodie is perilously close to needing a spin in the washing machine after he spilled some tea on the sight of a previous stain, caused by yesterday’s take away, WWN can confirm.

If Goggins redistribution of food stuffs and other debris on his hoodie continues at its current pace the 24-year-old’s favourite hoodie will be rendered unwearable in 3 days, 15-stain’s time.

“Ah fuck it,” Goggins said to himself as ash for a cigarette settled on his chest just where he spilled his beer, and downgrading the status of his hoodie in the process.

“The hoodie is still grand for getting milk in the shop. If one of the lads calls round for drinks and a bit Playstation or if I’m on a date it’s all good, but I’m beginning to think I might not get away with wearing it next week at my sister’s wedding,” reasoned the perma-casually dressed Goggins.

Now staring at his washing machine like it was the engine in a NASA powered space craft, Goggins squinted as his brain grappled with alien terms such as ‘Cottons’, ‘Synthetics’ and ’40 degrees’.

“Jesus you’d need a degree in washing machines to make sense of any of this,” said Goggins, loud enough that he hoped his female housemate would intervene and become his house mammy.

“You know what, it’s grand it still passes the sniff test and that’s good enough for me,” Goggins concluded after subjecting his hoodie, which smelled like a stagnant pool of slurry, to a 30-second spray of Lynx Africa.