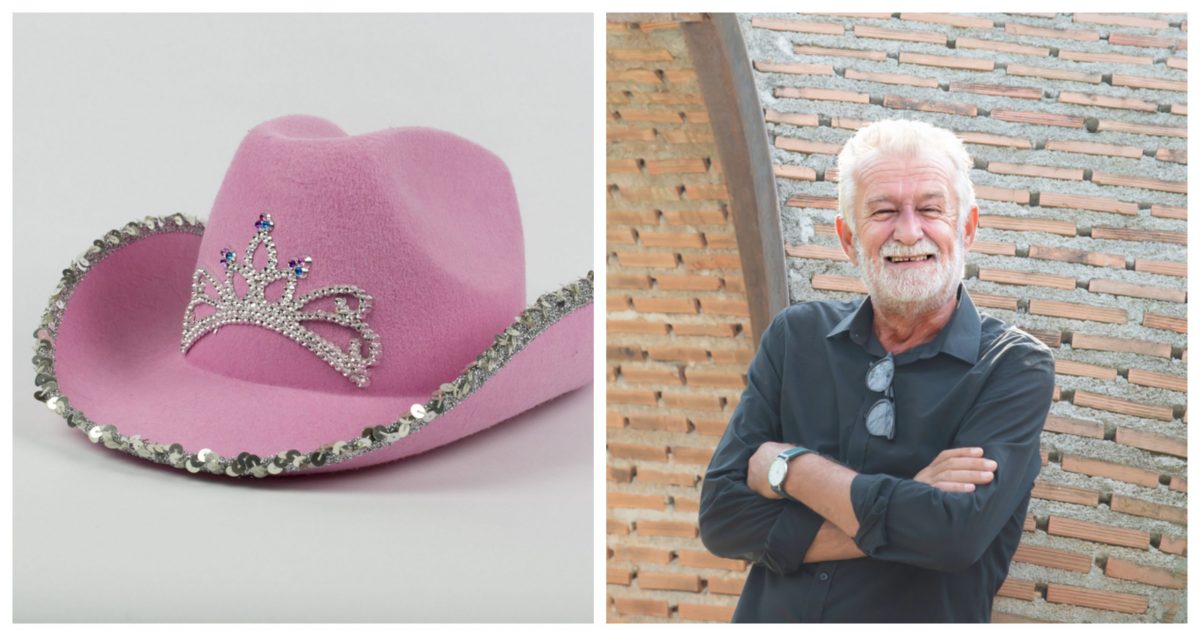 It is with these words over the course of the 9th, 10th, 11th, 16th and 17th of September that Dublin man Richie Cassidy will become the nation’s richest person, supplanting the Limerick natives Patrick and John Collison at the top of the Irish money tree.

Cassidy will do make his billions during Garth Brooks reign of country at Croke Park, milking a steady stream of culchie loving country music fans for their last remaining euros.

The crown jewel in Cassidy’s empire, the pink cowboy hat is just one of a number of innovative items the 44-year-old Cassidy owns exclusive selling rights to in the Irish market with the street merchant also supplies feather boas, scarves and bandanas as well as g-strings made entirely out of rhinestones and miniature cowboys hats to place on penises for decorative purposes.

“Think it’s Chinese chisellers what make them, that’s how I get them so cheap. C’mere, the tax man doesn’t do be reading your newspaper does he?” offered Cassidy in between being crowded by a mob of women from the midlands all named Fidelma.

“It’s like selling water in the desert or cattle feed at the Ploughing Championships, I knew I was onto a winner the second the gigs were back on the cards,” added Cassidy, while shopping for privates on his phone.

Economists have confirmed that combining 400,000 culchies spending power, Garth Brooks and the excitement of being up in the Big Smoke could generate as much as €100 billion from the ‘sell any old tat out of a van’ economy with Cassidy a major beneficiary.

However, the Dubliner says he will not let this sudden overnight fortune change him.

“I’m not in this for the money at all, I’ll keep working the stall even though I’ll be worth billions. Seeing someone’s face when I charge them €50 for three scarves is priceless!”