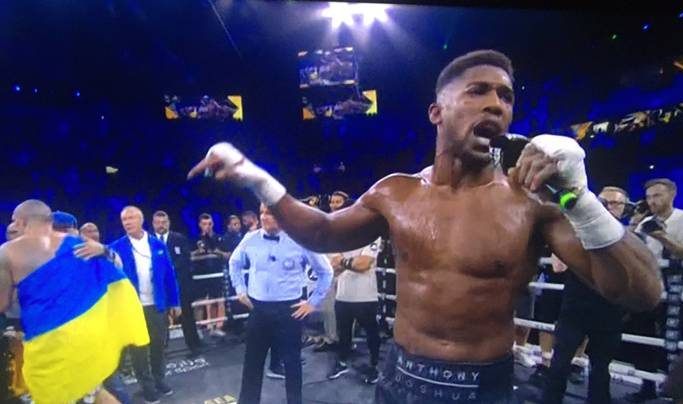 A MAN has made international news headlines in the last 48 hours after he displayed some erratic behaviour, WWN Sports understand.

The man, a professional boxer, spent much of the preceding 36 minutes being repeatedly punched in the face as well as the ribs, stomach and kidneys and despite this many people have been perplexed by his unconventional behaviour.

“I’m normally at my most lucid and erudite after I’m jumped on in a fight and beaten to a pulp, this lad’s lack of composure is a complete turn up for the books” explained one viewer of Antony Joshua’s puzzling speech in the aftermath to his loss to Oleksandr Usyk.

Boxing experts highlighted CCTV footage which showed Joshua’s receiving blow after blow to his person and are now linking that directly to his subsequent behaviour which involved throwing belts out of the ring, storming out, storming back in and delivering a speech which was more uncomfortable than renting out your anus to a family of fire ants.

“I’ve sat through Ryan Giggs’ best man speech at his brother’s wedding, it included several poems, so trust me I know uncomfortable but this was something else, and it’s more shocking because I can usually flawlessly recite the complete works of Shakespeare after the world heavyweight champion fights me,” offered another viewer.

Elsewhere, other experts thought the choice to stage the fight in Saudi Arabia as part of yet another sportswashing exercise was down to excessive punches to the head however, it is believed the motivation for that was purely financial.

“Honestly, that was worse than the war,” Usyk said of having to endure the speech which seemed to last longer than the DVD boxset of Lord of The Rings.