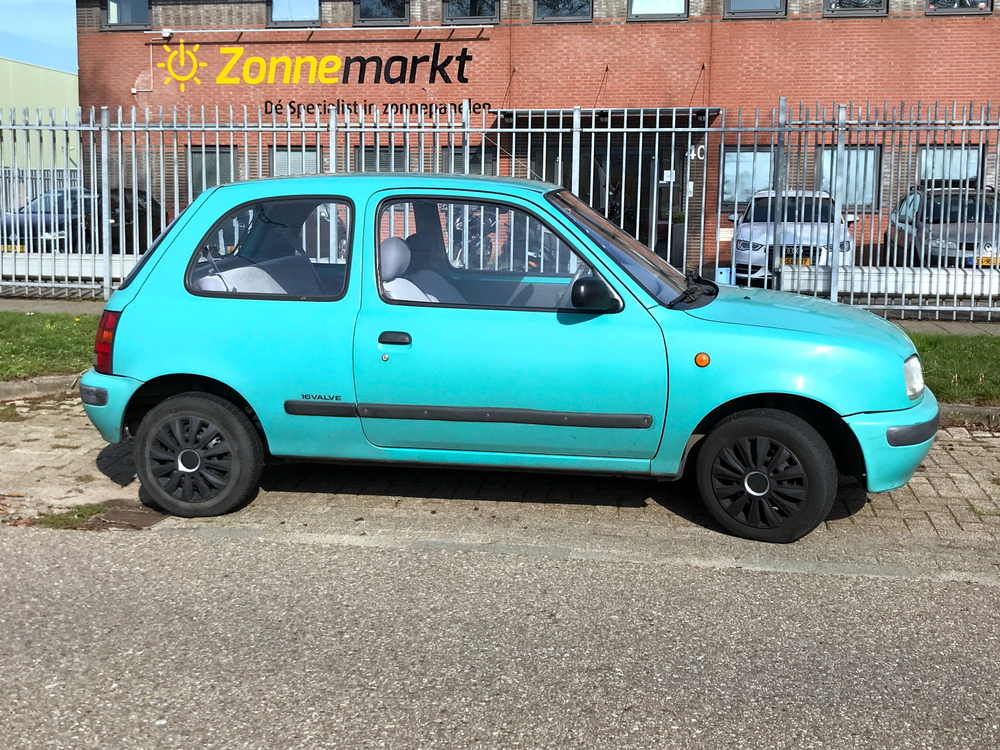 SUCH IS the scarcity in supply of new cars to the market, prices continue to rise for used cars which has come as a shock to shit heap owner, Tramore man Gavin Power.

“You’re telling me my ancient Micra is worth how much?” said Power to himself after curiosity got the better of him and he browsed Done Deal for similar models to his own.

“The gear stick is actually a cheap umbrella from Dealz I jammed in there. Sunroof didn’t originally come with the car but that’s rust for ya,” added Power as he pulled on a string to kick off the delicate ballet that must be performed every time he tries to close the driver’s door.

In some cases older well-preserved cars can fetch a princely sum among vintage collectors but this isn’t the case with Power’s car which has been shown less love than a Victorian-era orphanage.

“Tyres balder than Vin Diesel and there’s queue out the door from perspective buyers like this was a 1963 Ferrari 250 GTO Marilyn Monroe and JFK did it in,” said Power, who confirmed the Micra was about as powerful as a toaster on wheels.

As he made his way through the queue of buyers, Power was offered countless sexual favours, gold bullions, first borns as well as the third secret of Fatima plus cash in exchange for the car.

“No, no relax that noise isn’t the engine, it’s the family of squirrels that live in the engine,” confirmed Power to one interested party, in the minutes before the average price of shit heap Micras rose to 15 grand.