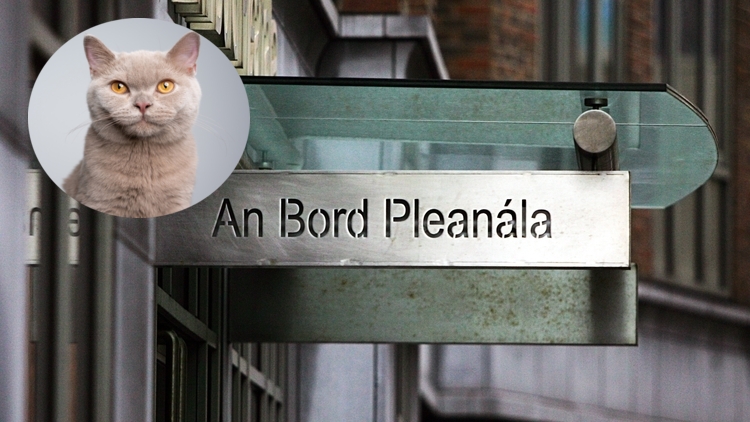 A FRESH scandal has emerged for the under fire planning body as a board member failed to disclose their conflict of interest when they overturned a ruling involving their cousin’s neighbour’s cat, WWN can reveal.

Despite the fact An Bord Pleanála should have been denied planning permission to erect their own internal review to find if they have done anything wrong, twenty provisional planning rulings involving its deputy chairman Paul Hyde are to be examined with this latest incidence involving another board member and a cat only heaping more pressure on the ABP.

“Look this might be easier if we try to look at the rulings that don’t have a pungent Celtic Tiger planning era stink off them, there’s only about five of them,” said an exhausted internal reviewer at ABP.

Defending their record, the board member involved in this latest ruling spoke exclusively to WWN.

“Whether I have direct link to Felix or not is irrelevant, I was entirely independent in my ruling. Building on the green field would have had an impact of Felix’s supply of mice, and the property folio of 76 direct relatives whose net worth would have taken a hit if some affordable homes were built beside their interests” confirmed the anonymous board member.

Experts in Celtic Tiger era planning corruption have shared their knowledge with a younger generation, explaining how these scandals tend to evolve over time.

“Ok we’re now at the ‘concerns’ phase. This is where newspapers report that employees raised ‘concerns’ about senior management. So what happens next is – nothing for 10 years until a tribunal finds that whistleblowers were probably hounded out of the place and their lives ruined while there were huge financial incentives for the perpetrators, that sort of stuff. The good times are well and truly back,” concluded one expert.