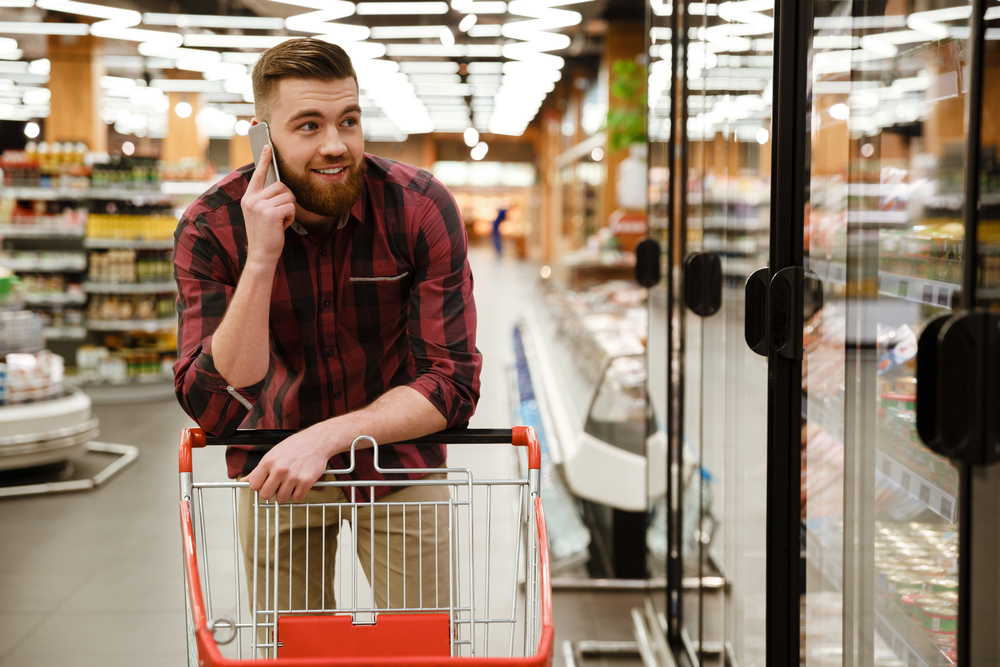 A LOCAL Waterford man is regretting announcing his recent undertaking of a diet to friends, families and coworkers with huge fanfare as a tub of salted caramel Haagen Daz is now lustily eyeballing him from a freezer in his local Super Valu.

“I can’t, stop!” Johnny Hefferty pleaded with the ice cold temptress as his leg refused to move, immobilised like he was stuck in quick drying cement.

“Fuck, fuck, fuck, just don’t look directly at it. You promised yourself,” added Hefferty, keen to honour his pledge to cut down on his intake of snacks and ice cream in a bid to increase his chances of making his football club’s first team.

Blood rushing to his face and other regions of the body, Hefferty bit down on his fist in a bit to summon as much resolve as was humanly possible while attempting to leave the vicinity of the ice cream freezer.

“Just circle back to get another look, pretend you forgot to get something in the aisle next to it, it’s the perfect cover,” Hefferty begged himself, as the frosty exterior of the luscious treat awaited his return, ready to seduce him and whisper the most filthy phrases ever conjured up in the English language.

“Don’t you fucking look at me like that, of course I want you baby but I’m made promises,” Hefferty said to himself, having gone completely insane.

Attempting to broker a compromise that could ease Hefferty’s pain, he briefly glanced at the low fat, low calories own brand plain vanilla mini tub of ice cream before laughing to himself for fleetingly living in an alternative reality that considered such tasteless calorie conscious muck as an option.

“This is the last time, ok? I can’t keep doing this,” Hefferty said as he reached deep in the fridge and caressed the Haagen Daz like the pervert he is.