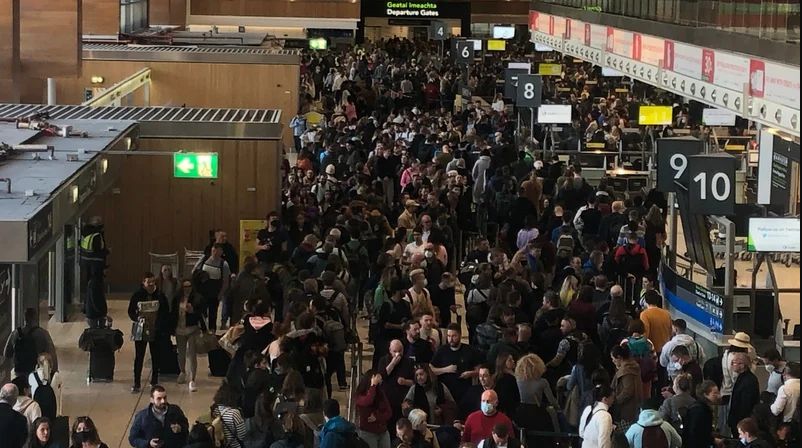 THE PROSPEROUS and affluent nation of Ireland, with a GDP larger than the the known universe, is in such a terrible state that those priced out of living here can’t even leave anymore, WWN can report.

“I thought leaders in this country telling me to borrow from the Bank of Mom and Dad if banks wouldn’t approve me for a mortgage was cruel, but I’ve got to admit Ireland’s really outdone itself here, this is funny I’ll admit it” stated one fleeing healthcare professional who has now missed their flight.

There were tense scenes as people hoping to leave the country for a better life, a well paid job and good working conditions couldn’t do so because the airport was experiencing a staff shortage on account of being unable to fill their poorly paid positions.

“Jesus even in the depths of the recession in the 80s when we had propeller planes made out of cardboard you could still actually get on the fecking things,” said one man who has been queuing longer than it takes the government to pay compensation to Mother and Baby Homes survivors.

Elsewhere, some people have criticised the cynical response the airport chaos has been greeted with.

“Honestly, apart from not having a functioning airport, no housing, hospital waiting lists, childcare costs, a cost of living crisis, planning corruption, handing over a hospital to the church, what have you lot got to complain about? Some people are never happy,” confirmed the DAA over the airport tannoy system.