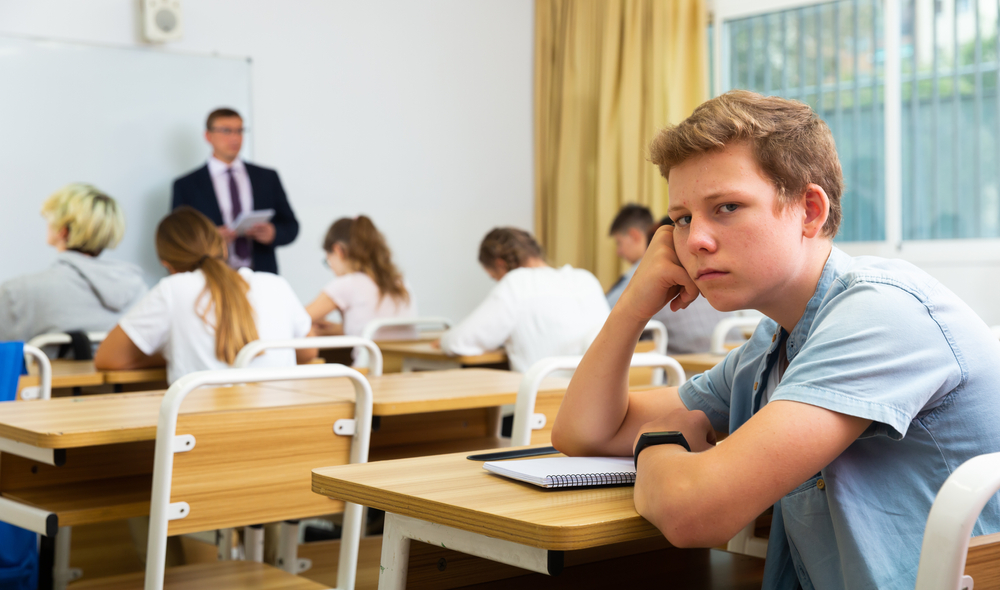 SLOUCHING over his school desk while trying to nurse the mother of all hangovers, 13-year-old Waterford teen Tony Phelan vowed to never again drink on a school night, WWN reports.

Citing a banging headache, upset gut and still kind of being drunk, Phelan told fellow classmates it’s never worth it the next day.

“Oh, it was great craic necking 12 cans down the canal with the lads, smoking bongs and taking bumps, but I don’t know how I’ll get through double Maths with Ms. Corrigan when I smell like Bulmer’s Lane in Clonmel,” the now groaning teen exclaimed, head like a burst boot and pale as the 5% coke he was snorting at 2am this morning, “I could have called in sick but then I’d have to stay at home with my drunk parents, and they’re zero craic when they’re pucking the heads off each other”.

“That’s better now,” he smiled, head now back to its usual buzzy stage like being wrapped in a ball of cotton wool, “I’ll need the cure tonight, I tell ya,” he shouted, before asking the rest of the class, “who’s on for a few tins later?”