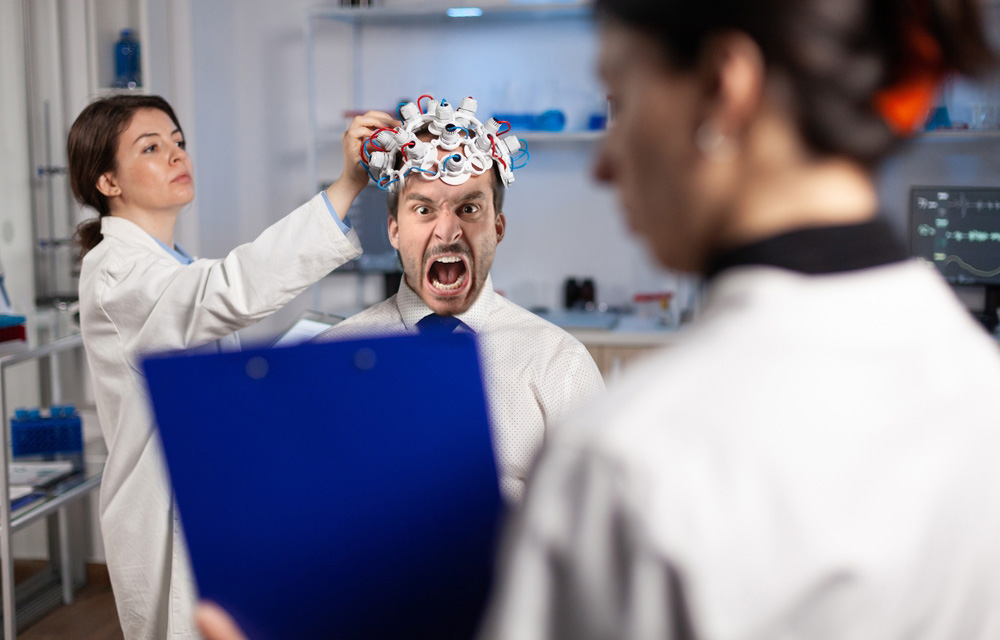 THE Western world’s over reliance on fossil fuels from Russia, which indirectly funds Putin’s war in Ukraine, has been instantly solved following the quick thinking of engineering students from UCC.

“We just got a volunteer subject and attached him to the national grid, and when we showed him a picture of Eamon Ryan, he generated enough rage inducing energy to power not just Ireland but the majority of continental Europe,” said modest students Ciara Mulally and Eoin Sheffington, who have helped energy prices plunge overnight.

By placing farmer John Reardon in a specially designed chair which converts raw unfiltered anger into electricity, the students have set themselves on course for a Nobel prize.

“It’s amazing, we don’t have to provide any additional information or provide context, John just began sizzling slightly, turning very red and saying the most vile and crude things while the sparks flew,” added Mulally, as Reardon churned out 5,000 megawatts a minute.

“We can’t risk telling John here that Ryan is right about the fact if you reduce your speed when driving it does actually consume less petrol, the sort of charge that set off could blow up the entire grid and level a city in seconds”.

The students confirmed that Reardon is just one of 300,000 rural inhabitants who have the requisite deposits of Ryan Related Rage (RRR) to keep servicing the world’s electricity demands.

“It really is that simple; one picture and then with the less volatile volunteers just read a genuinely sensible quote or two from Ryan and that’s the instant end to the fossil fuel industry via RRR generation,” added the students, which prompted all volunteers to quit out of spite citing ‘an end to fossil fuels is just what that tree hugging prick wants so count me out’.