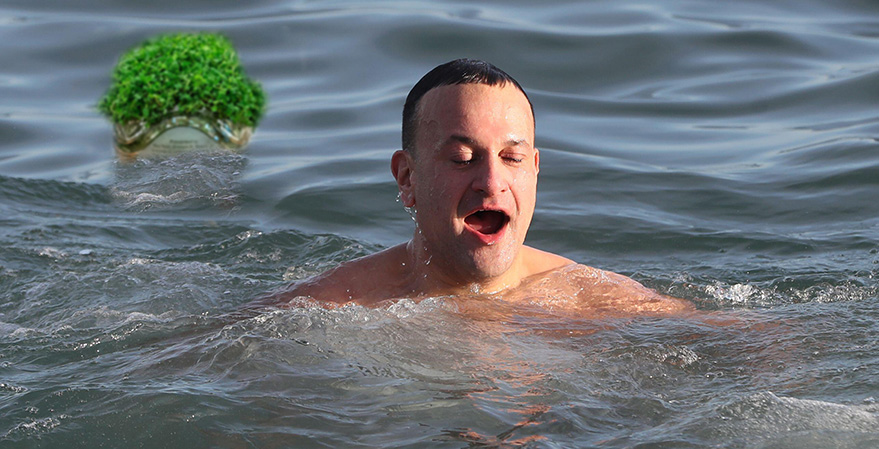 JUST MOMENTS after Taoiseach Micheál Martin was diagnosed with covid-19 while in Washington for St Patrick’s events, Tánaiste Leo Varadkar was spotted frantically swimming for the American capital, WWN can confirm.

Mr. Martin was due to meet with US President Joe Biden in the White House later today but has been since cancelled, however, a spokesperson for Varadkar has stated he is already halfway there and is expected to deliver a bowl of Shamrock to the US President, no matter what.

“Literally seconds after hearing it, Leo was gone,” a source recalls the moment, “Leo was in Chile doing the Saint Patrick’s day rounds but has now cancelled all official events here and took off like a torpedo in his speedos”.

Varadkar was spotted overtaking cargo ships with a large bowl of shamrock in tow in the Panama Canal and is expected to reach Washington around lunch time.

“If he treated the urgency of the housing crisis in Ireland with such haste we’d all be settled in to a gaff by Monday,” our source added, “Micheál rang him to tell him he was sick and he just dropped the phone, whipped off his clothes and was already wearing swimming gear like he was prepared – he didn’t even say get well soon to the Taoiseach or asked how he was, he just dived in and tore off like rocket powered Fungi”.