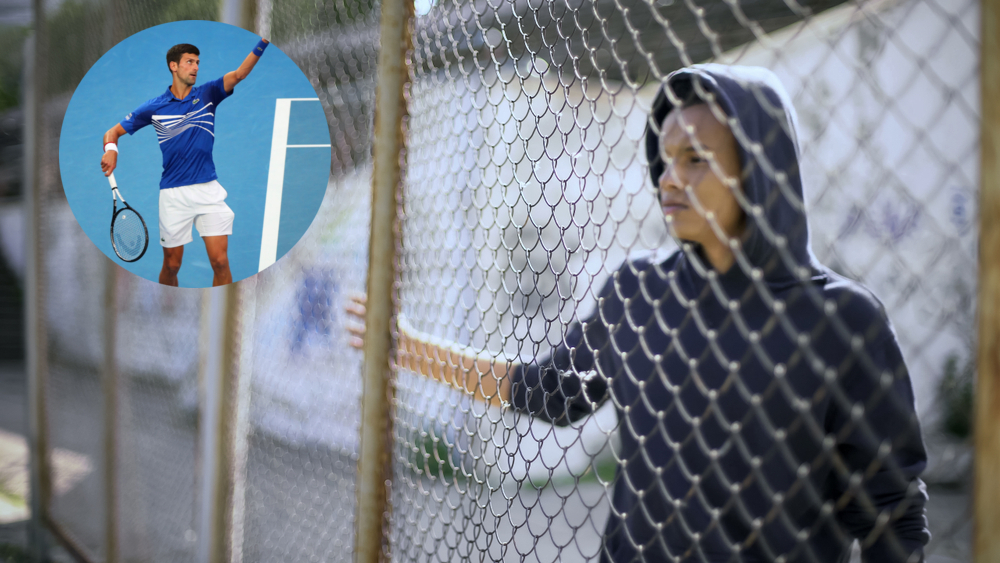 IF THEY HAD known the media attention hitting tennis balls could had garnered them, and what such coverage could have done for their hopes of exiting detention, one refugee based in a detention centre on a remote pacific island would have taken up tennis a long time ago.

“We’re not allowed access to TV, but I heard the heavily armed guards talk about it. Some rich man gets to enter Australia because of tennis, I feel like such a fool,” said one Afghan woman, who mistakenly thought the fact her entire family was bombed out of existence might sway immigration officials or at least get her appeal heard in court in a timely manner.

While it would normally be an improbable proposition to turn someone into an overnight tennis superstar, the woman pointed out she’s been stuck in a detention centre since 2013 and that 8 years should be enough time to at least become better than Tim Henman.

“I knew you Aussies were sport mad, but if I had known 10,000 media cameras and crazed reporters follow your every move because you have a racket I would have glued the things to my hands and shouted match point,” added another refugee, who had previously explored setting himself on fire in protest as one fellow refugee has previously done.

Meanwhile, Novak Djokovic’s publishers have confirmed his 10,000 word book on his ordeal, ‘Long Walk To Freedom’, is to be released later this week.

Elsewhere, Australian PM Scott Morrison has asked Victoria immigration officials to detain and release the Serbian star another dozen times as the circus is proving a great distraction from his leadership.