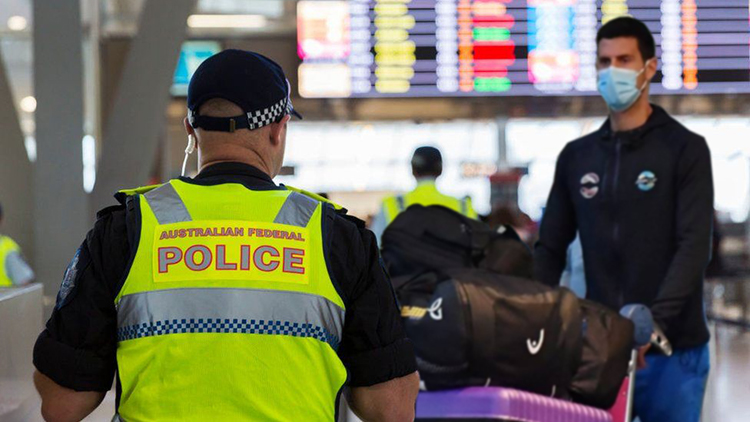 AUSTRALIAN television insiders have confirmed that the greatest, most entertaining episode yet of popular customs and immigration show ‘Border Security’ is currently being filmed in Melbourne Airport.

Insiders claim a Serbian man is currently in an interview room being calmly questioned by a stern and forthright Australian immigration official, and his story just isn’t adding up.

“He’s not off to Nauru dentention or anything like that, wrong skin colour, but he’s definitely getting angry enough to take up the majority of an episode,” an insider said of the still unfolding interviews, as muffled shouts of ‘do you know who I am?’ could be heard in the background.

The man had claimed to have a medical exemption to enter the country but officials questioned whether ‘wealthy’ and ‘being Novak Djokovic’ met the necessary criteria.

“Sorry Sir, we’re just trying to understand,” the emotionless Aussie immigration official is believed to have said in the most Australian accent on record, “first you had a medical exemption, now you’re saying you have a work visa, and now again when I asked what type of visa it was you said you didn’t fill out the paperwork yourself. You can see why we’re confused, can’t ya cobber?”

The individual also aroused suspicion by having a ridiculous number of tennis rackets and balls with him, leading to all 50 rackets being tested for possible evidence of drug smuggling.

“We’re a damn sight better than WADA at these sorts of things but the rackets have come back clean,” confirmed one official.

Plans to deport the Serbian were delayed after all customs and immigration personnel were called to deal with a Chinese man who had packed 18 hectares of a soybean farm into his luggage.