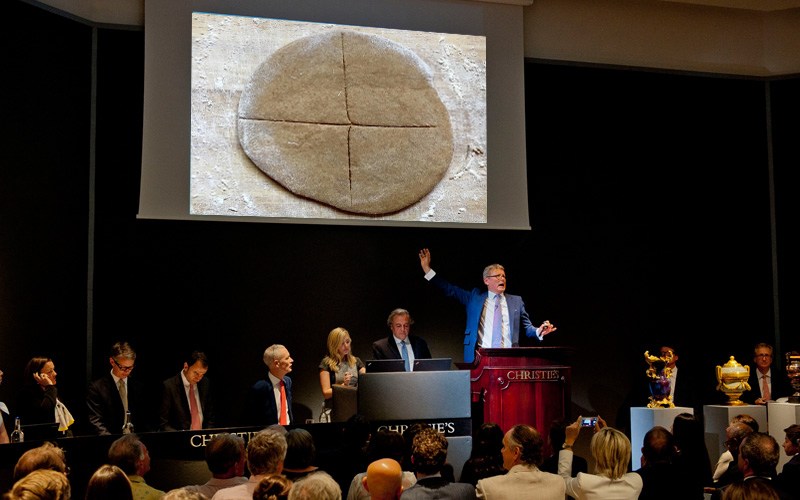 CHRISTIES auction house in London has confirmed that it sold the original communion wafer broken by Jesus Christ for a staggering £200mn at an online auction earlier today, WWN has learned.

The two-thousand-year-old wafer, which was originally broken by Jesus during his last ever supper in Jerusalem, is hosted in its original gold monstrance and was sold to an unknown Russian billionaire for the record sum.

“It’s even branded with Jesus’ signature symbol of the cross,” one collector told WWN, “Jesus would have only made a handful of these before being crucified and people would have swapped and exchanged them like Pokémon cards back in the day, but fuck knows why he made the things”.

It is understood that the communion wafer is also stamped ‘last supper’ with the date 33AD on it in small print, the last in a long line of wafers marking Jesus’ infamous supper parties.

“Christ loved his suppers and made a different batch of wafers for each one,” explained another collector who claims to have the first ever supper wafer in his collection, “apparently the best wafer is actually from the 6th supper, which was meant to have been a mental supper with Jesus turning water into wine for three days straight”.

The body of Christ was originally trademarked and patented by Jesus when he was just 27 before being bought out by the Vatican in 453AD for a record breaking four thousand gold coins and is now estimated to be worth over €3bn in today’s money.